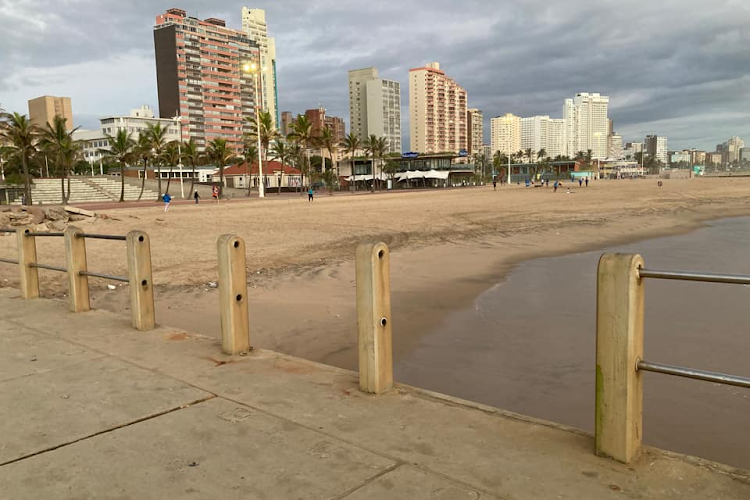 Forty railings were stolen from New Pier at Wedge Beach and 10 were taken from North Beach Pier.
Image: supplied

Fifty steel railings were stolen from two popular Durban piers, apparently without anyone noticing their removal.

eThekwini municipality spokesperson Msawakhe Mayisela told TimesLIVE the city did not know how the perpetrators of this “serious crime operate” and asked people with information to report it to law enforcement.

There have been rumours on social media that law enforcement had been removed from Durban's beachfront, the city's biggest tourist hotspot.

He confirmed that 40 railings were stolen from New Pier at Wedge Beach and 10 from North Beach Pier.

“The matter was reported to beach management. The railings will be replaced.”

Metrorail said it was the victim of “economic sabotage” on Tuesday after fibreoptic communications lines in Cape Town were cut overnight.
News
8 months ago

While several routes have been reopened country wide, vandalism of rail infrastructure at non-operations stations has not stopped.
News
1 year ago

This week authorities struck back when several suspects were arrested for stealing millions of rands worth of cables.
News
2 years ago

Eskom technicians were busy with repair work in Fordsburg, south of Johannesburg, on Friday after thieves stole steel components, bringing down an ...
News
2 years ago
Next Article