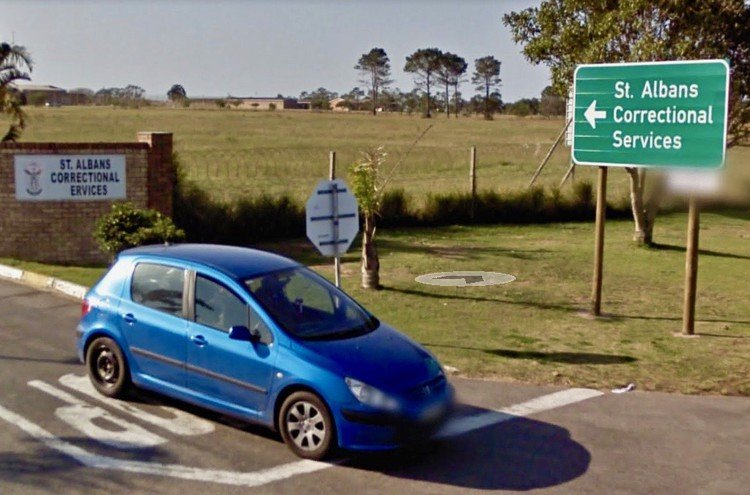 A total of 138 men say they were assaulted at St Albans prison in Gqeberha over two days in 2014.
Image: Google Street View

The appeal court has given the go-ahead for 138 men to sue the government for R500,000 each over alleged assaults in prison.

The inmates at St Albans prison in Gqeberha say they needed medical attention after  warders used batons, hands and feet to beat, slap and kick them over two days in March 2014.

Their attempt to combine their claims against the justice and correctional services minister was denied by the high court in Gqeberha.

But five Supreme Court of Appeal judges have overturned the ruling, meaning a single case can go ahead into damages claims totalling R69m.

Judge Trevor Gorven, who delivered the judgment on Wednesday, said there was no reason the attachment of each prisoner’s claim to the court papers should have resulted in the dismissal of all claims.

“After all, if a single, composite set of particulars had been annexed, the present action would simply include paragraphs describing each plaintiff in turn,” he said.

In any case, with the exception of the prisoners’ identities and a single paragraph describing their individual injuries, each of the claims was identical.

“Three of the subparagraphs are identical, alleging that each plaintiff sustained a psychological injury, suffered shock and trauma and suffered pain,” said Gorven.

Another paragraph set out the consequences of the men’s injuries. “These are pleaded in identical terms: that they required medical attention and medication to alleviate the pain, and that they experienced further pain, emotional trauma, discomfort and suffering.”

Gorven said the minister argued that each plaintiff’s case was different because they were detained in different cells and sections at St Albans and the consequences of the alleged assaults varied, as did the treatment each man required.

But the judge said it was unlikely that each alleged assault “took place in isolation at a time and place unique to each plaintiff”.

He added: “It is overwhelmingly probable that a number of the alleged assaults took place in the presence of a number of persons, whether employees or offenders.

“Evidence of many of the witnesses is likely to bear on a number of the alleged assaults. Those witnesses would need to be called once only in a joint action.

“To my mind, there are significantly overlapping facts. As such, substantially the same questions of fact fall to be determined as would be the case in separate actions.”

There was also a question of convenience. “If heard separately in 138 actions, it may well be that different judges would arrive at different conclusions on the same or similar factual issues,” he said.

“The time of courts is likely to be taken up in a multiplicity of actions concerning claims arising from the same time and place as the others with a number of common witnesses.

“Multiple appeals might eventuate over an extended period of time with potentially different outcomes. The same witnesses would be called in multiple actions and face very similar cross-examination in each action.”

Gorven said a single trial would be to the benefit of the minister as well as the prisoners. He upheld the appeal and awarded costs against the minister.

One prisoner at South Africa's super-maximum security prison Ebongweni has been held in solitary confinement for the last 10 years.
News
2 years ago

The wife of a businessman sentenced to nine years in jail for trying to kill her has opened up about the challenges she foresees when their young ...
News
4 months ago

A woman whose ex-husband was found guilty of repeatedly raping her daughter – his stepchild – over five years has pleaded for him not to be jailed as ...
News
3 months ago
Next Article