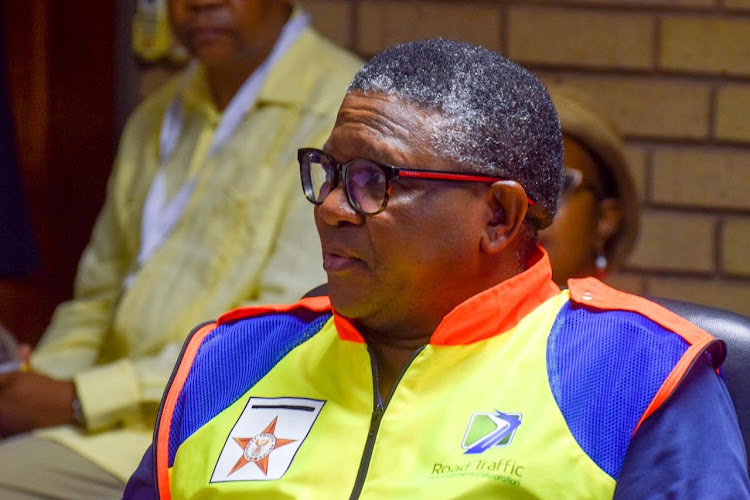 Transport minister Fikile Mbalula has refused to comment on his tweets stating he had “just landed in Ukraine”, but denied claims they had trivialised the conflict.

Mbalula had social media in a huff at the weekend when he, without any context, shared that he had “just landed in Ukraine”.

Mbalula also retweeted a statement by the Russian embassy in SA saying it had received “a great number of letters of solidarity from South Africans”. The tweet raised eyebrows in some quarters.

When asked about the tweets during a visit to driving licence testing centres in Gauteng on Monday, Mbalula refused to comment.

“I am not going to comment on that,” he told a reporter.

When it was suggested to him that his social media utterances may have been interpreted as trivialising the conflict, Mbalula denied this.

'I did not trivialise anything and I won’t comment on that,” he repeated.

@MbalulaFikile thinks I’m “disruptive” for probing him as a publicly elected official about a tweet HE posted on a public platform, creating confusion and considerably insensitive to what’s happening with the #RussiaUkraineConflict 🤷🏾‍♀️ https://t.co/ID0GfvVXGB

The minister's tweets came as South Africans debated the government's response to the conflict between Russia and Ukraine.

SA controversially abstained from voting on a UN resolution to reprimand Russia.

In his weekly letter to the nation, President Cyril Ramaphosa said the conflict should be settled through mediation and not the “barrel of the gun”.

He defended the decision to abstain, saying the resolution did not “foreground the call for meaningful engagement”.

“SA expected that the UN resolution would foremost welcome the commencement of dialogue between the parties and seek to create the conditions for these talks to succeed.

“Instead, the call for peaceful resolution through political dialogue is relegated to a single sentence close to the conclusion of the final text. This does not provide the encouragement and international backing that the parties need to continue with their efforts.

“We are particularly concerned that the UN Security Council was unable to discharge its responsibility to maintain peace and security. This gives impetus to the long-standing calls for the Security Council’s reform to meet the challenges of the 21st century.”

He also hit back at suggestions SA was condoning Russia's invasion by not voting.

“There have been some who have said that in abstaining from the vote, SA has placed itself on the wrong side of history.

“Yet, SA is firmly on the side of peace at a time when another war is something the world does not need, nor can it afford. The results of these hostilities will be felt globally and for many years to come,” Ramaphosa said.

President Cyril Ramaphosa has explained SA's decision to abstain from voting on last week’s UN resolution on the ongoing conflict between Russia and ...
News
5 months ago

President Cyril Ramaphosa has extended the deployment of SA soldiers to the northern parts of Mozambique, which have been ravaged by terrorists.
News
5 months ago
Next Article