SA government needs to be clear on where it stands on Russian invasion of Ukraine, says Nelson Mandela Foundation 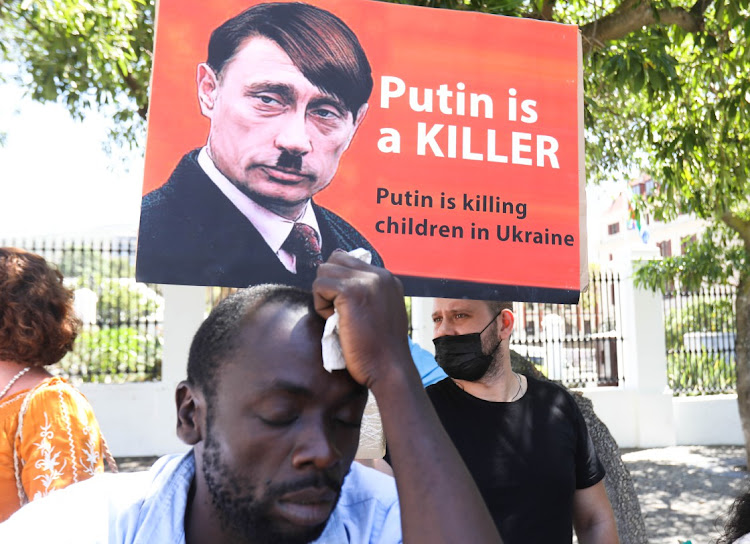 The Nelson Mandela Foundation has called on the SA government to condemn Russia's invasion of Ukraine.
Image: Esa Alexander

The Nelson Mandela Foundation has called on the SA government to take a sterner stance on the invasion of Ukraine by Russian military forces.

In a statement, the foundation said: “We have urged the SA government to show leadership at this critical moment and press for a ceasefire so that rigorous negotiations on the future can be mapped out.

“We have indicated to the government our availability to assist in this regard. A lesson to be relearned is that whether we are talking about Ukraine or about the many other crises around the world, when the rule of law is cast aside and strategies of violence adopted, the resulting misery is far more devastating among weak and vulnerable countries. It is imperative that channels for peace making, negotiation and dialogue be pursued urgently and relentlessly.”

The foundation's statement comes after the Russian embassy in SA took to social media to thank South Africans for their support, saying they had received scores of messages.

“We have received a great number of letters of solidarity from South Africans, both individuals and organisations. We appreciate your support and glad you decided to stand with us today, when Russia, like 80 years ago, is fighting Nazism in Ukraine,” the embassy said alongside a picture of the SA flag flying next to the Russian one.

The Nelson Mandela Foundation said it was grieving for those affected by the invasion .

Dear subscribers, we have received a great number of letters of solidarity from South Africans, both individuals and organizations. We appreciate your support and glad you decided to stand with us today, when Russia, like 80 years ago, is fighting Nazism in Ukraine! 🇷🇺🇿🇦 pic.twitter.com/vj0N6ClhSJ

“We are troubled by the complexity of the challenge to the world order, and by the vagaries of international rules of engagement. We see the unspeakable danger of nuclear plants coming under attack. We call for a cessation of hostilities and the restoration of peace in the region,” the foundation said.

It reminded both governments of Nelson Mandela’s 2003 utterances when he expressed his frustrations over leadership and an absence of credible justification when the US and other Western countries invaded Iraq in defiance of the UN.

The foundation said the invasion had also exposed the racism still at play in Ukraine.

“There have been disturbing reports of black people and people of colour being denied seats in buses evacuating refugees, and turned away from the Polish border. This illustrates once more a common global phenomenon in which the sufferings of white people in conflict situations habitually receive more attention and care. White lives are seen to matter far more than the lives of others. Racism remains as insidious and ubiquitous as it has ever been,” the foundation said.