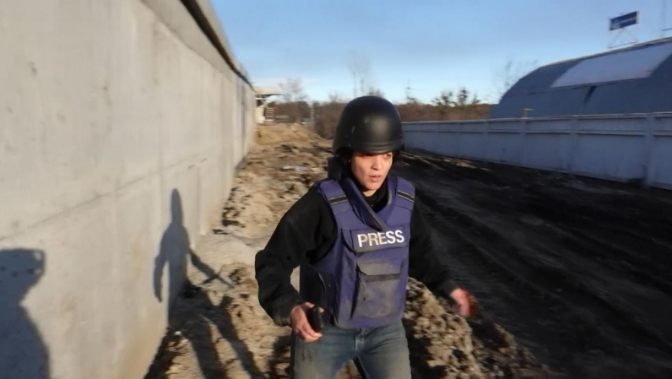 A South African TV news producer and her four crew have been evacuated from Ukraine after two of them were shot by a suspected Russian “death squad”.

Dominique van Heerden, who works for Sky News, was in a car with her colleagues — including chief correspondent Stuart Ramsay — when they came under fire after unsuccessfully trying to visit the town of Bucha near Kyiv.

Dramatic footage from Sky shows the attack. And posting on Instagram after returning to London, Van Heerden said: "Not sure how we survived this - but we somehow did, and everyone is OK. We are home now but our minds are on Ukraine, everyone there, and those who have died."

The Guardian reported that Ramsay was shot in the lower back and camera operator Richie Mockler took two rounds in his body armour.

Van Heerden's LinkedIn profile says she was born and raised in SA, and studied at Unisa, before moving to London in 2003.

After obtaining a master's degree in international journalism, she joined CNN as an intern, later becoming a digital producer.

“Later joined the Amanpour team as a producer, working on a number of major stories in the field with CNN's chief international correspondent, Christiane Amanpour,” Van Heerden says in her profile post.

Sky broadcast footage showing Van Heerden's crew approaching a junction when the car starts to be shot at.

A woman's voice — thought to be Van Heerden's — can be heard shouting at the gunmen that the car contains “British journalists ... journalista”.

A man's voice says: “Is everyone OK ... you OK Dom?” and she replies “Yeah, I'm OK.” Then the gunfire starts again, and Ramsay's voice-over says: “I'm hit but escape the car, and with producer Dominique van Heerden we make our way down the embankment.”

Van Heerden, wearing a helmet and bulletproof vest, can then be seen with other crew members making their way to cover in a warehouse. “We can't believe we're alive,” says Ramsay.

Initially, Ramsay said, they thought that it was a Ukrainian army checkpoint firing at them — and they can be heard shouting that they are journalists and asking for their attackers to stop. 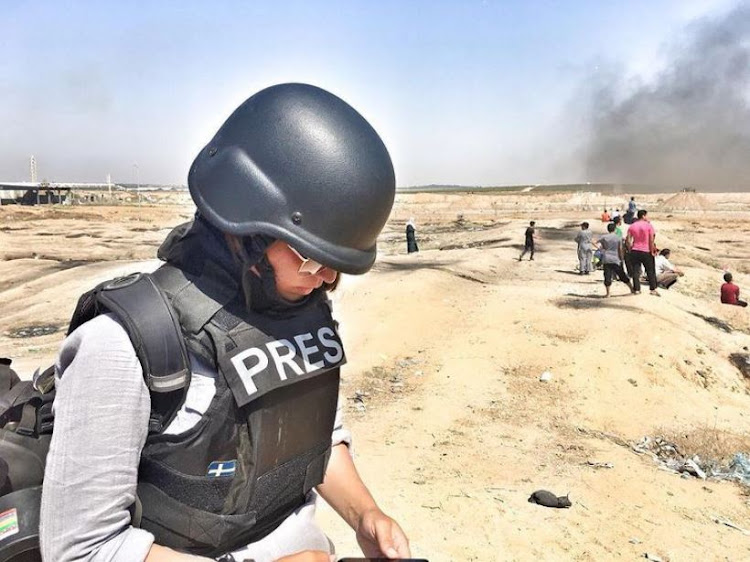 “I do recall wondering if my death was going to be painful,” Ramsay said, recounting the moments before he was shot. “But what amazed me was that [being shot] didn’t hurt that bad. It was more like being punched, really.”

Eventually the group, also including producers Martin Vowles and Andrii Lytvynenko, were rescued by Ukrainian police three hours later. They were later told the gunmen were a saboteur Russian reconnaissance squad.

“It was professional, the rounds kept smashing into the car — they didn’t miss,” Ramsay said.

He added: “We were very lucky. But thousands of Ukrainians are dying, and families are being targeted by Russian hit squads just as we were, driving along in a family saloon and attacked.

“This war gets worse by the day.”

More than R30 600 spent on transport, a strained hamstring and a 15-hour walk in freezing conditions is what it took a South African teacher to ...
News
3 months ago

How will the Russia and Ukraine conflict affect vaccine and PPE supply to Africa?

While SA authorities have long said there is sufficient vaccines in stock to give those in need of the jab, experts say the impact of the conflict ...
News
3 months ago

Poland has arrested a Spanish national of Russian origin on suspicion of participating in foreign intelligence activities, the Internal Security ...
News
3 months ago
Next Article