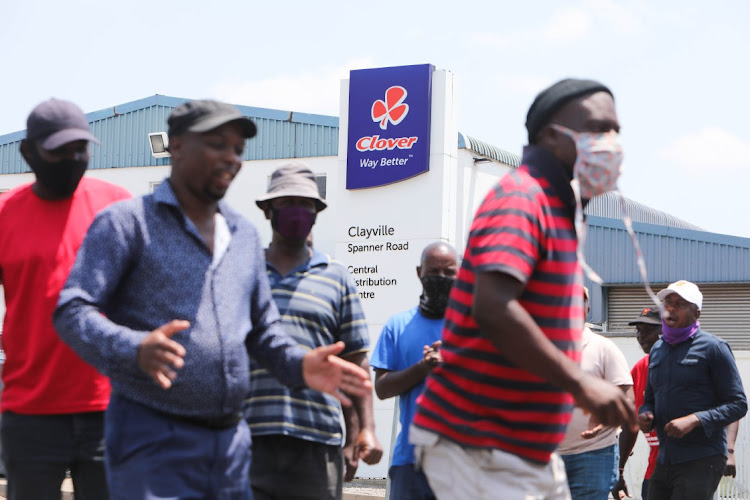 Amid ongoing Commission for Conciliation, Mediation and Arbitration-facilitated (CCMA) negotiations between Clover and trade unions to resolve a months-long strike, the company has denounced the violence affecting its staff and operations.

Since the industrial action began, there have been nearly 200 acts of violence, said the company. A breakdown of cases lodged with the police include:

The company said it was having weekly meetings with the police on the progress of investigations.

“There have been a further 30 striking workers identified in other related violence and intimidation.

“Internal disciplinary action is being taken against all these employees to have them dismissed from the company.”

Clover spokesperson Steven Velthuysen said the company amended its offer to unions at discussions on Monday to try to resolve the dispute.

“A follow-up meeting will be held this week and unions will return to their members for a mandate.”

Clover confirmed on Monday that the security official murdered by a violent mob was Terence Tegg, who was engaged and the father of two boys.
News
4 months ago

Police arrested two people after a security guard was killed during a workers’ protest at Clover in Johannesburg on Thursday.
News
4 months ago

At just 31, Papi Molefe is now facing unemployment due to a cheese factory shutting its doors in Lichtenburg because of the Ditsobotla local ...
News
8 months ago
Next Article