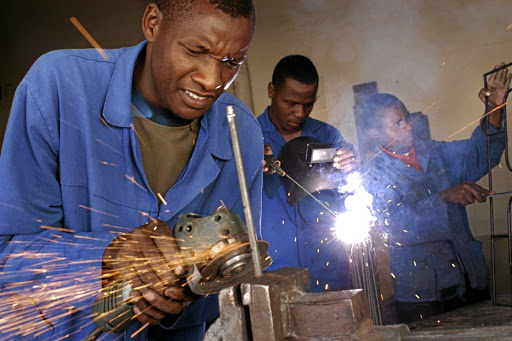 Gauteng has not been immune from the unemployment crisis. In his recent state of the province address, Gauteng premier David Makhura said addressing unemployment, along with ensuring an economic recovery, were the provincial government’s biggest priorities in the year ahead.

“Learning from our Covid-19 response and appreciating that the current unemployment crisis represents an emergency, all hands are on deck to reclaim the development trajectory,” he said.

It is estimated that around two-thirds of young people aged between 15 and 35 are unemployed. Makhura said that although the province was emphasising the creation of jobs and economic opportunities for all its citizens, the youth and women were being particularly emphasised. The province’s flagship youth employment initiative is the Tshepo 1 Million. Designed to help young people enter the labour market and access skills and entrepreneurial development, in the process breaking down the barriers that inhibit the youth from participating in the economy, it has in recent years aligned with President Cyril Ramaphosa’s Youth Employment Service (YES).

Initially established in 2014, the programme has seen various iterations. Between 2017 and 2021 it partnered with the Harambee Youth Employment Accelerator, a not-for-profit social enterprise focused on addressing the challenge of youth unemployment, which resulted in the programme being upscaled.

Pointing out that a complex set of challenges underpin the youth unemployment crisis, Makhura said the Tshepo 1 Million aims to bridge the gap between unemployed youth and paid job opportunities. In the past five years, more than 102,000 youth participating in the Tshepo 1 Million programme have been placed in job opportunities. More than half of those participating in the programme are young women.

The Tshepo programme will be expanded in the year ahead into a bigger and wider integrated youth development intervention that brings all civil youth initiatives into one youth development focal point, announced Makhura. Maintaining that young people must be at the centre of helping government to respond to the youth unemployment crisis, the premier said he would be appointing a civil-society led Youth Advisory panel, supported by the Youth Directorate in his office, to advise the province.

An additional 19,771 job opportunities were created in the province through the National Youth Service. More than 773 youth have benefited from the Innovation Hub Management Company’s skills development programmes since its inception. A total of 3,339 unemployed youth have received automotive training at the Gauteng Automotive Learning Centre.

• Brought to you by Gauteng Provincial Government

The Gauteng provincial government has an ambitious plan to transform, modernise and reindustrialise the province’s economy.
News
3 months ago

Gauteng has embarked on an ambitious plan to develop special economic zones (SEZs) to grow the province’s economy.
News
3 months ago
Next Article