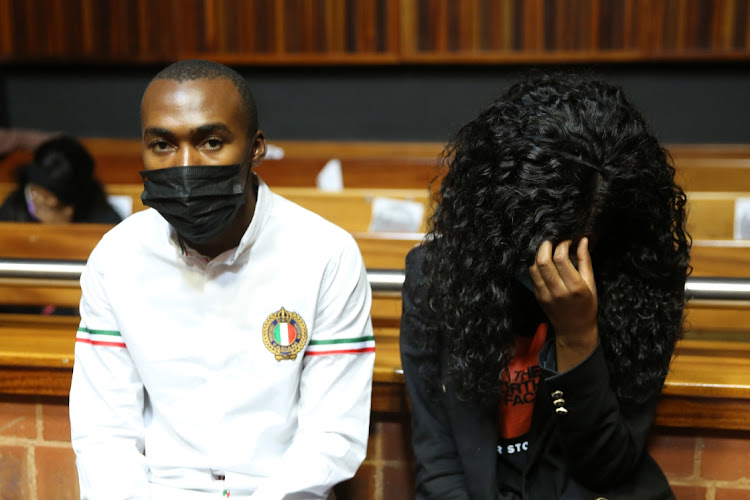 Xolela Masebeni, left, a specialist engineer at Absa who is alleged to have fraudulently transferred R103m into six accounts, has been shot dead .
Image: Thapelo Morebudi/Sunday Times

Absa IT specialist Xolela Masebeni, who allegedly fraudulently transferred R103m into six bank accounts over four months, was shot dead in the Eastern Cape at the weekend.

“Police can confirm they are investigating a case of murder after a 31-year-old man was fatally shot outside his home at Unati Mkefa area, Ezibeleni, on Saturday afternoon,” said police spokesperson Warrant Officer Majola Nkohli.

According to Nkohli, Masebeni was sitting in the yard with four friends when two  men arrived.

“It is said Masebeni stood up and approached the two unknown men.  His friends heard several gunshots and started running.

“Masebeni sustained several gunshot wounds in the upper body and was rushed to the nearest clinic where he succumbed to his injuries.

“It is believed the two armed suspects fled the scene in a silver-grey VW Polo,” Nkohli said.

The police are urging anyone with information that could lead to the arrest of the suspects to contact the nearest local police station or call 08600 10111.

Masebeni and his wife Athembile Mpani faced charges of theft, fraud and contravening the Prevention of Organised Crime Act.

One of the accounts into which Masebeni transferred the stolen money was his own account, one was his wife’s, one a business account, and the other three belonged to people whom the state believes have ties to the couple.

Besides buying seven cars with cash, the two also allegedly bought two properties in Khayelitsha on the same day. The state accuses them of spending more than R250,000 during a shopping spree in Sandton on one day.

They were both granted bail of R50,000 early this month.

Their case was postponed to March.