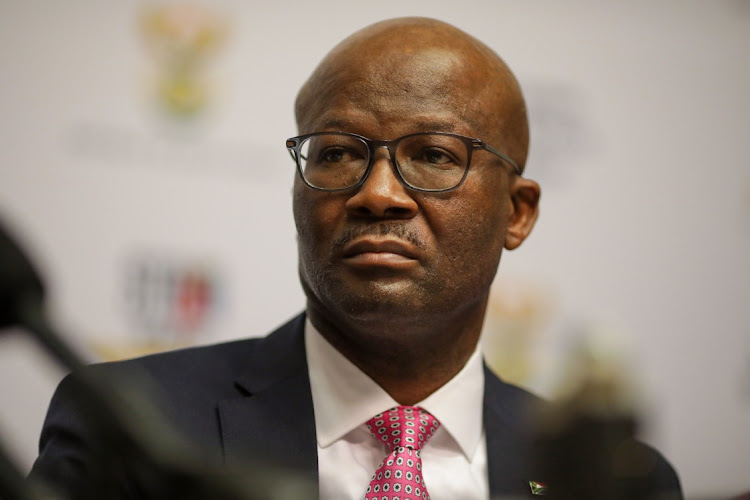 Dondo Mogajane, director-general of the National Treasury, during a news conference before the 2022 budget presentation in Cape Town.
Image: Dwayne Senior/Bloomberg

The director-general of the National Treasury has written to all organs of state ordering them not to advertise new tenders.

Dondo Mogajane's memo on Friday says the instruction follows a Constitutional Court ruling on February 16 that the finance minister acted beyond the scope of his powers under the Preferential Procurement Policy Framework Act when he promulgated procurement regulations in 2017.

These qualifying criteria advance certain designated groups and provide that only certain tenderers may respond, including:

In his memo, Mogajane said the ConCourt's majority judgment dismissed the finance minister's appeal against a Supreme Court of Appeal (SCA) decision that found the promulgation of the regulations unlawful.

The SCA said that due to the interconnectedness of procurement regulations, its decision meant they were invalid in their entirety. But this declaration was suspended for 12 months.

Mogajane said the SCA judgment and orders were suspended when the finance minister launched his application for leave to appeal.

But he said the ConCourt was not clear on “the specific issue of the status of the SCA's order of suspension”.

“The legal position — although not what the Constitutional Court seemed to intend — is that the SCA's order is no longer suspended,” said Mogajane.

“The suspensive period of invalidity has been re-engaged, and the procurement regulations have been and continue to be of full force and effect.”

Mogajane said the finance minister would be seeking confirmation of this from the ConCourt.

While its guidance was awaited, he said organs of state should not advertise new tenders. Tenders advertised on or after February 16 should be held in abeyance.

Any tenders advertised before February 16 could be finalised, he said.

As thousands of security guards down tools in Gauteng health facilities over insourcing, details have emerged of how the process meant to end their ...
News
2 months ago

Black Business Council calls for fastracking of bill to give blacks, women opportunity in tenders

The Black Business Council (BBC) has called for the fast-tracking of a bill aimed at giving  preference to historically disadvantaged groups in state ...
News
3 months ago
Next Article