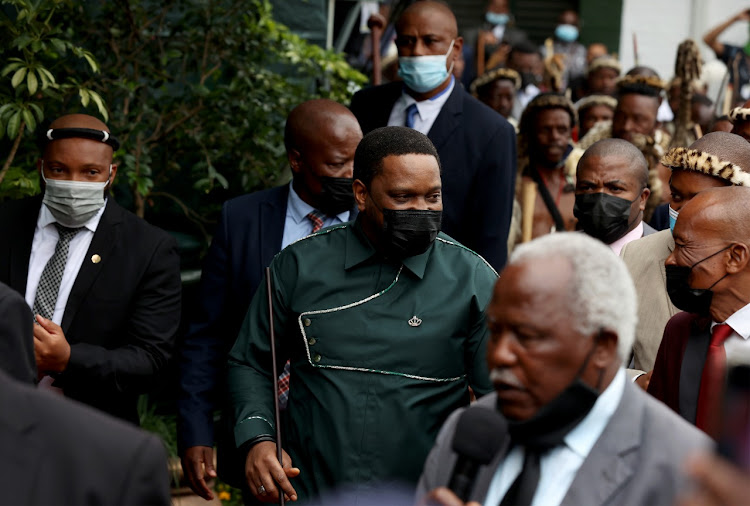 Prince Misuzulu KaZwelithini received a standing ovation and a salute fit for a king when he arrived at the KwaZulu-Natal state of the province address in Pietermaritzburg on Thursday.

Legislature speaker Nontembeko Boyce had to ask premier Sihle Zikalala to pause his speech for the arrival of the prince, who is one of the nominees to ascend to the throne after the death of King Goodwill Zwelithini.

While it was a short entrance, it became eventful when Misuzulu KaZwelithini received a salute reserved for the king.

The prince has not yet been crowned, as a section of the royal family has nominated another candidate.

The legislature opening is usually held over two days, with the first day reserved for an address by the Zulu king and the second day for the premier.

Don’t be confused about who is king, Misuzulu tells supporters

Prince Misuzulu ka Zwelithini has used his battle of Isandlwana commemoration speech to solidify his claim to kingship of the Zulu nation amid a feud ...
News
6 months ago

The ANC in KwaZulu-Natal has launched a scathing attack on the IFP, accusing the party of using the Zulu monarch for political gains.
News
6 months ago

The Zululand district municipality says it will shut off water at one of the late King Goodwill Zwelithini's palaces due to alleged nonpayment.
News
6 months ago
Next Article