Delivering his budget speech, he announced access to retirement funds via a “two-pot” system that will give administrators authority to approve or deny applications 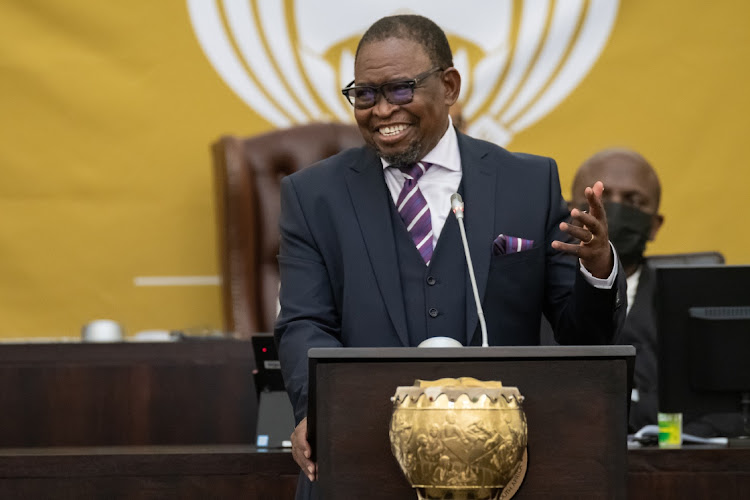 Draft legislation allowing South Africans to have partial access to their retirement funds will be published in the middle of the year, said finance minister Enoch Godongwana.

Delivering his budget speech, he announced access to retirement funds via a “two-pot” system that will give administrators authority to approve or deny applications.

“Government has also proposed a fundamental restructuring of the retirement system for individuals to allow for greater preservation and partial access to funds through a two-pot system.

“Part of this proposal includes the possibility of short-term access, which would be dependent on the approval by trustees of each fund.

“Consultations are proceeding following the release of a discussion paper last year and the draft legislation on these amendments will be published for comment in the middle of the year,” he said.

Equal Education has called on finance minister Enoch Godongwana to stop cuts on the basic education budget as a number of schools still do not have ...
News
2 months ago

According to previous media reports, the “two-pot” system was first proposed in August and allows people to save one-third of their retirement contributions in a pot they can access once before they retire and two-thirds in a preservation pot.

Reacting to the announcement, head of product for employee benefits at Discovery, Guy Chennells, said he was glad to see the two-pot system moving ahead.

"[We] are well-positioned for a world where a person could access a third of their savings at any point.

“We can expect to see the details based on industry input later in the year and would need at least a year to make the system changes, so this will not become reality in the next 12 months, but the signal is clear that it is coming and will move quickly through the legislative process,” Chennells said.

Speaking on why the government has allowed trustees to determine who gets access to their pension funds, Godongwana said this would absolve ministers from being accused of depleting pension funds.

“Pension funds are run by trustees. We have thousands of pension funds and they are the ones who know the value of funds at all times.

“Trustees have been always been part of the process and I don't want a situation where as the minister, I'm making approvals and accused of depleting pension funds. There's draft legislation that's there,” Godongwana said.

'Not too shabby': Criticism and praise for Godongwana’s budget speech

Finance minister Enoch Godongwana’s maiden budget speech has met with mixed reaction, with some political parties saying it was a damp squib, while ...
News
2 months ago

A R182bn tax windfall boosted by a commodity boom has resulted in a slight improvement in public finances, giving the government room to reduce ...
News
2 months ago

The National Treasury has resolved not to hike the general fuel levy and the Road Accident Fund levy for the first time in 31 years to cushion ...
News
2 months ago
Next Article