‘Too few locals’: Government in talks with Huawei subsidiary to settle lawsuit over hiring 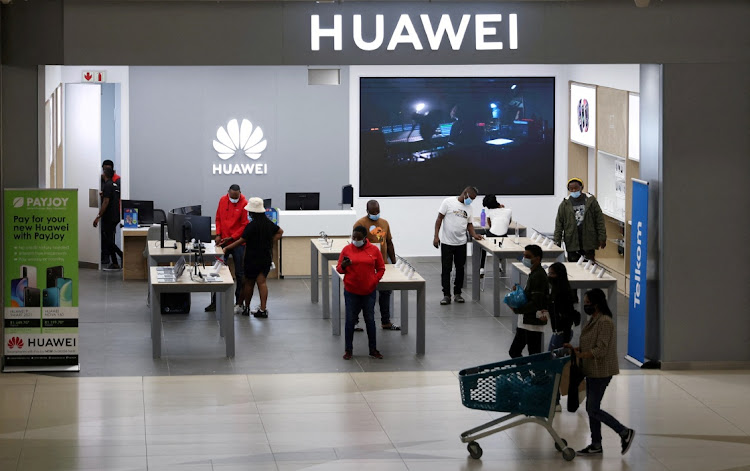 The labour department is negotiating a possible out of court settlement with a subsidiary of China’s Huawei Technologies, which it accuses of failing to comply with local hiring quotas, a government official says.

Authorities took Huawei Technologies SA to court this month, stating it had not met a requirement that 60% of workers must be South African.

Fikiswa Mncanca-Bede, a lawyer at the labour department, told Reuters its officials met with Huawei Technologies SA’s representatives on Monday.

“We are negotiating a settlement out of court with some conditions,” she said.

“The case has been stayed until we reach an agreement or not.”

Mncanca-Bede said the department was aiming to conclude negotiations by Friday.

Huawei’s Shenzhen-based parent company referred a Reuters request for comment about  the allegations and talks with the labour department to its local subsidiary.

Huawei Technologies SA confirmed it had “entered into talks to reach a settlement agreement” and that the court case had been stayed pending an outcome.

“Discussions are ongoing, Huawei is committed to being fully co-operative with the department and we are positive this matter will be concluded shortly,” it said in an email.

The company declined to address the allegations, stating it could not comment on an ongoing legal matter.

It had been seeking a fine of R1.5m, or 2% of the local firm’s annual 2020 turnover for the alleged rule breaches.

Huawei and ZTE Corporation, another Chinese company partially owned by the state, have built the bulk of Africa’s telecommunications infrastructure. Experts generally agree they will play a critical role in the continent’s future digital transformation.

SA has asked a court to fine the local unit of China's Huawei Technologies for breaking rules on hiring locals and to order the company to amend its ...
Business
3 months ago

Court papers obtained by Reuters showed the authorities filed their case after accusing the company of failing to take steps required to bring it into compliance with local employment rules.

In December 2020 and January 2021, the court filings show the labour department requested that Huawei Technologies SA develop a plan to address the underrepresentation of locals and groups discriminated against under apartheid.

Despite securing an extension to ensure the plan met the labour department’s requirements, the company was “still found to be non-compliant”, according to a final notice from the department dated May 18 2021 and attached to court papers.

The labour department submitted to the court what it said was the revised 2020 to 2022 hiring plan Huawei Technologies SA was required to draft.

The document showed the company planned to hire 44 South Africans, roughly 60% of the projected hires for that period. That would result in a workforce comprised of 652 foreign nationals and 112 locals by September 2022.

The plan stated the company would “ensure effective recruitment is done” and added it would seek to train and promote South Africans and members of previously disadvantaged groups to senior positions.

In a separate letter sent to the department in February 2021, Huawei Technologies SA explained its foreign workers were needed to ensure the roll out of “cutting-edge technologies”, including 5G, artificial intelligence and robotic process automation.

It reiterated their “skills will be transferred to the designated groups through the company’s skills transfer plan”, according to a copy of the letter included in the department’s court filings.

The company had not filed any papers in court in response to the suit before settlement talks began.

For most of us, 2020 has been a year of almost dramatic, almost traumatic change. As individuals, our lives have been transformed; as businesses, our ...
Opinion
1 year ago

A potential shotgun wedding to Microsoft Corp for TikTok's U.S. operations provoked an outcry on Chinese social media as well as criticism from a ...
Business
1 year ago

Chinese multinational technology company Huawei has donated R1m to the South African department of health to support the efforts to lessen the spread ...
News
2 years ago
Next Article