No cops linked to Rosettenville gang and officer did not die: Ipid ‘corrects allegations’ 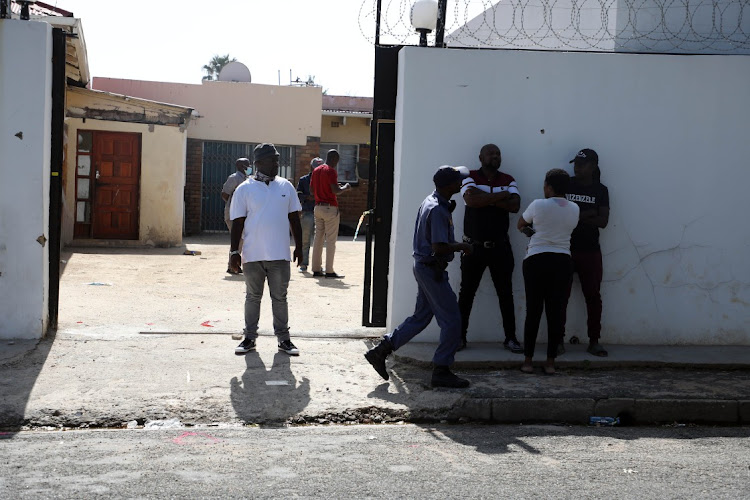 The aftermath of the shoot-out between police and suspected cash-in-transit heist suspects in Rosettenville. The house is alleged to have been used as a hideout by the alleged robbers.
Image: ANTONIO MUCHAVE

The Independent Police Investigative Directorate (Ipid) says a police officer did not die after the shoot-out with a suspected cash-in-transit (CIT) heist gang in Rosettenville, Johannesburg on Monday.

The police watchdog also retracted information issued previously that two officers were among the suspects on the run after fleeing the scene.

“No officers are accused of being involved with criminals,” said Ipid.

It said the information was corrected in a preliminary report into allegations made after Monday’s dramatic confrontation.

“There was confusion between injured police and criminals who died. This created distorted information because some police officers were not wearing uniforms and were confused with criminals.”

Four officers were wounded during the shoot-out and are receiving treatment in hospital, the police service said. They are an airborne law enforcement officer, two members from the Moffatview police station and a Johannesburg metro police department officer.

A wall riddled with bullet holes, and police markings of cartridges on the ground, were all that remained outside the house where a gun-toting gang ...
News
4 months ago

The Independent Police Investigative Directorate is probing allegations that two suspects involved in the Rosettenville, Johannesburg, shooting ...
News
4 months ago

'A warning to all criminals': EFF lauds police heroics in Rosettenville shoot-out

“It is precisely this type of determined response that the SAPS must continue with," said the EFF.
News
4 months ago
Next Article