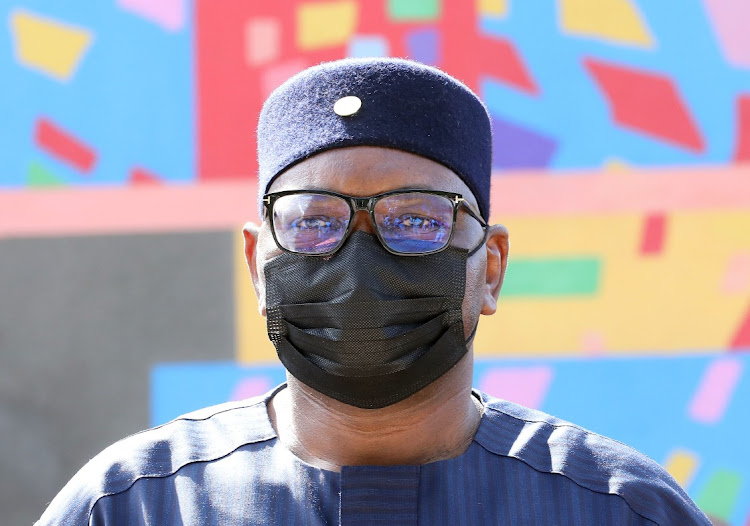 They are among nine suspects who escaped after the showdown between cops and alleged cash-in-transit (CIT) heist suspects on Monday afternoon.

The death of a ninth person — earlier recorded by Ipid as a police officer — is under investigation.

Investigators are combing the scene for evidence and taking witness accounts of the shoot-out between police air and ground teams with the estimated 25 robbery suspects.

At least 100 bullets have been found at the scene, and officers who engaged in the armed confrontation are shell-shocked.

A policeman was killed in a confrontation with suspected robbers in Rosettenville, Johannesburg, on Monday, as cops foiled a cash-in-transit heist, ...
News
5 months ago

“We collected their firearms and investigations are ongoing. We will wait for ballistic reports and postmortems of all the deceased.

“There is an allegation that an officer died but this must be confirmed. Some things need verification.”

She said it is alleged two police officers were involved and are among the suspects on the run.

Ten suspects were arrested after the shoot-out.

They face charges of conspiracy to conduct armed robbery, attempted murder, possession of illegal guns and ammunition, possession of a stolen vehicle and police impersonation.

Gauteng premier David Makhura, who said the gang had been planning to carry out a CIT robbery before the showdown with police, disclosed on Tuesday that co-ordinated law enforcement operations had been closing in on armed robbers in the province and allegations of police involvement.

“Last week, the Hawks detained two officers from the crime intelligence unit on suspicion of conducting criminal activities with a gang of four to six individuals suspected of being involved in robberies in Gauteng,” said Makhura.

“The suspects were arrested for conspiracy to conduct armed robbery, attempted murder, possession of illegal guns and ammunition, possession of a stolen vehicle and police impersonation.”

Commenting on this case and the Rosettenville arrests, the premier said: “We commend the Gauteng multidisciplinary law enforcement teams for working together in a sophisticated manner which led to the arrest of these criminals.”

Makhura condemned the alleged involvement of police officers in crimes.

“We expect the law to take its course. Those who engage in criminal activities must face the full might of the law.”