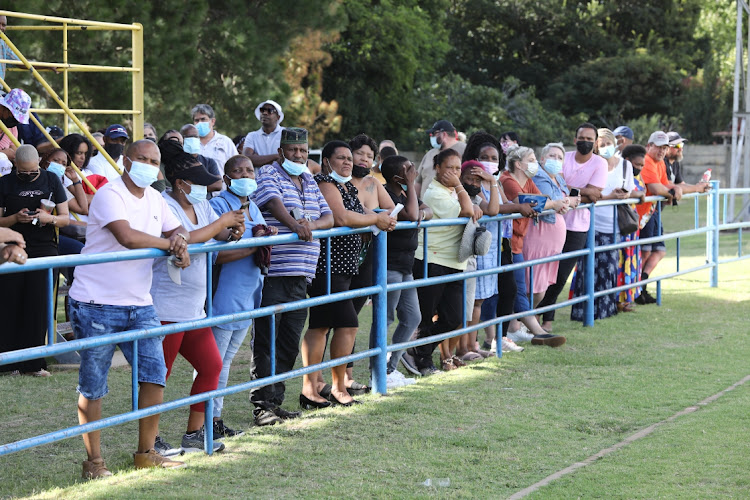 Gauteng education MEC Panyaza Lesufi will act decisively against anyone found guilty of racism after the SA Human Right Commission started investigations into allegations of racism at Hoërskool Jan Viljoen.

Lesufi was speaking at a parents meeting yesterday, which was rescheduled after it didn’t proceed on Thursday due to chaos that erupted.

He said i n his engagements with teachers, they had indicated difficulties that confronted them almost everyday.

He said the school said racism has no room and they will do everything to confront it.

Lesufi said the teacher population in the school was not representative of the racial diversity and said it would be rectified. “I went ahead to meet our learners, it was a difficult exercise, it was a painful exercise. It was an exercise that till today I regret but still appreciate.”

“I want to declare to the management that this school belongs to all of us, all of us must feel safe. Our purpose is to ensure that we deliver quality education and save our children from the trauma of racism. We will never tolerate any form of racism regardless of where it comes from,” he said.

Lesufi said he was saddened that on Thursday there were clashes between parents.

“I was sad that in the same meeting, parents did exactly what children did. I am urging you as parents to embrace a truly nonracial SAI felt we came to the school to deal with issues of racism only to be confronted with serious allegations of sexual misconduct.”

He said pupils reported that there was a staff member who has been inviting pupils to his house and asking pupils the colour of their underwear.

Parents presented their concern to Lesufi yesterday. While some were booed, others received cheers and claps.

The commission is investigation a racially motivated incident in which two black pupils were allegedly beaten up by their white schoolmates.

This came after a group of black Grade 8 pupils  had been listening to music during lunch when they were approached by white schoolmates, who told them to stop playing “your kaff*r music here”.

Parent Lerato Mofokeng said her Grade 8 child has complained about what happened to her friend and how a bottle of water was thrown at her when she tried to assist.

Andre Viljoen said parents should stand together. “Let’s do the best we can as parents, let’s stop fighting against ourselves,” he said.

Adriaan Diederick said: “Let’s stop making this racism allegations until this case has been investigated.”

Pierre Grobler said all pupils must be treated equal. “One disciplinary process and same punishment for all pupils,” he said.

Nozipho Mabena, a parent of a Grade 11 pupil, said her child still refuses to attend school.

Make an example of racists

We need to make an example of those that think it is okay to attack people simply they are different.
Opinion
5 months ago

Black pupils at Hoërskool Jan Viljoen in Randfontein on the West Rand have recalled a racially motivated attack that left two of them limping.
News
5 months ago
Next Article