The payment was made by Intellimali, an independent service provider responsible for the disbursement of funds at the university. 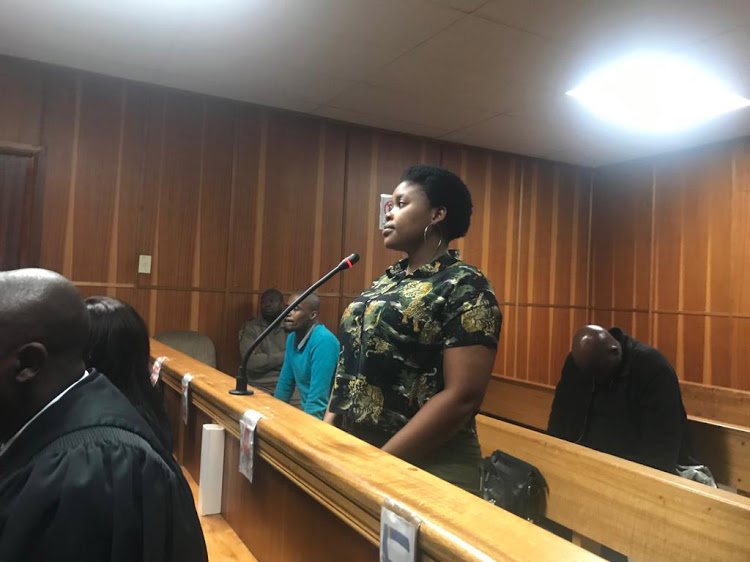 Sibongile Mani during a previous appearance in the East London regional court. She is accused of spending R800,000 of NSFAS money in 2017 after R14m accidentally landed in her student account.
Image: Malibongwe Dayimani

The National Student Financial Aid Scheme (NSFAS) has moved to clarify the details surrounding the erroneous payment of R14m into the account of Walter Sisulu University (WSU) student Sibongile Mani.

This comes after Mani was found guilty and convicted of theft by the East London regional court last week.

The scheme said it welcomed the ruling which proved that it was not involved in the erroneous payment made by Intellimali, an independent service provider responsible for the disbursement of funds at the university.

NSFAS spokesperson Kagisho Mamabolo reiterated that the scheme did not suffer any loss of funding due to the erroneous payment. No payment of R14m was transferred into any student or university account intended for Mani by NSFAS, he said. The scheme authorised and paid the normal monthly R1,400 to WSU intended for Mani.

“The CEO of Intellimali confirmed that Intellimali takes full administrative and financial responsibility for the incident. Neither the funder, National Student Financial Aid Scheme, nor the university has erred in any way, and they are not responsible for this,” said Mamabolo.

The payment was made into Mani's account on June 1 2017. She allegedly spent R20,000 within two hours of receiving the payment, on items including cigarettes and alcohol. Her account was eventually blocked by Intellimali.

Mani will return to court on March 8 for pre-sentencing reports.

Sibongile Mani, who splurged nearly a million rand in National Student Financial Aid Scheme funds erroneously paid into her account, has been ...
News
4 months ago

In the past couple of weeks the news cycle touched on two stories with contrasting themes, which both having a bearing on the education of SA ...
Opinion
6 months ago
Next Article