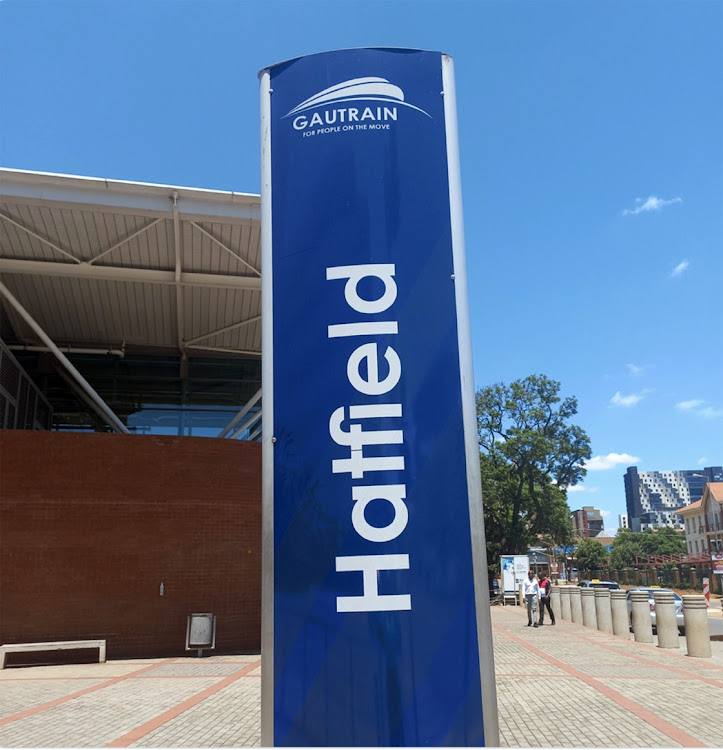 Gautrain has threatened court action after services were cut off at Hatfield station.
Image: SUPPLIED

Luxury commuter rail system Gautrain has threatened court action against City of Tshwane after the municipality disconnected water and electricity supply at one of the company's train stations.

The City of Tshwane on Monday cut off water as well as electricity supply on Tuesday at Hatfield Gautrain station claiming it was owed R10m for services rendered to the station.

On Tuesday, Gautrain hit back, accusing the city of cutting off the services illegally.

Gautrain spokesperson Kesagee Nayager said in a media statement that their water account was up to date. She added that the station had a prepaid electricity metre and the account was not only up to date but was in credit to the value of R120,000.

“We have been trying without success to contact the city to provide proof of the debt it claims it is owed.

“Last night, the city’s divisional head for revenue management shared a screen grab with us which reflects an account number that differs to the account number reflected on the notice to terminate services. The city has therefore illegally cut off services to the station,” she said.

“Based on information shared with staff at the station this morning, it appears that the screen grab sent to us last night may relate to rates and taxes.

“The properties upon which Gautrain stations are built have been acquired by the Gauteng provincial government as a public transport project and in terms of Section 11 of the Gauteng Transport Infrastructure Act of 2001.

“The Gauteng provincial government proclaimed the necessary land rights to build and operate the Gautrain railway line over this property and therefore constitutes public transport infrastructure for the purposes of rates and taxes.

“In the meantime we will be approaching the court to urgently interdict the city to restore services to the station given its wrongful termination of services to Hatfield station,” she said.

The Gautrain station in Hatfield has had its services cut off by the City of Tshwane for the nonpayment of its municipal account which has an amount ...
News
6 months ago

Tshwane municipal manager Mmaseabata Mutlaneng, who is leading the campaign to disconnect non-paying customers, is suffering from sunburn as she’s ...
News
6 months ago
Next Article