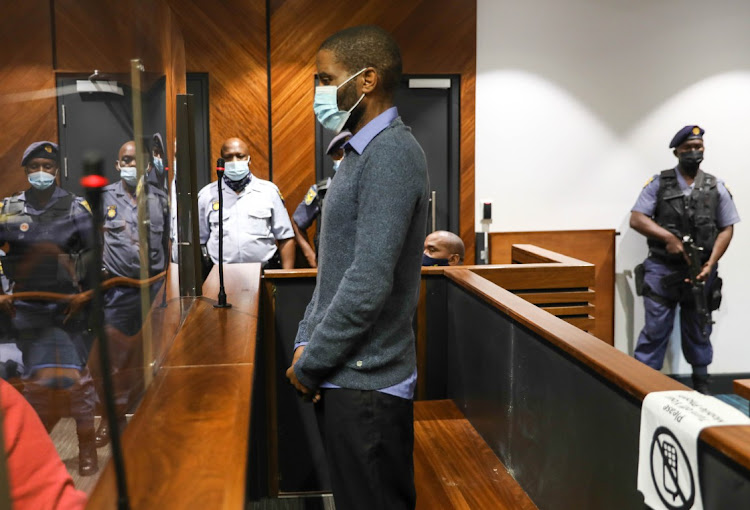 Zandile Mafe in the dock during his unsuccessful bail application.
Image: Esa Alexander

Thirty-two years to the day since Nelson Mandela was freed, Zandile Mafe appeared in court on Friday for his alleged involvement in the fire at parliament on January 2.

Mafe surprised court observers during his bail hearing on January 29 when he testified that he wanted Chris Hani’s killer Janusz Walus released on February 11 2022, the anniversary of Mandela's release.

Walus is serving a life sentence for murdering Hani, leader of the SA Communist Party, in April 1993.

Mafe testified in support of his bail application, but it was turned down on February 4 by magistrate Michelle Adams and he remains in custody.

Prosecutor Mervyn Menigo said forensic reports were outstanding and some of Mafe’s clothing was still being analysed for evidence of accelerants. Additionally, items found in his possession needed to be identified in relation to the theft charge he faces.

“A cellphone in possession of the accused has delivered certain records and certain leads coming from the phone have to be followed up and statements obtained.”

The state is also awaiting a final report on video footage which allegedly shows Mafe inside the National Assembly setting fire to the building.

The state requested an eight-week postponement to finish its investigation, but the magistrate granted six weeks, to March 25.

Mafe was asked by the magistrate if he understood the proceedings. He shook his head and said he understood nothing. After deliberations with his defence, it emerged that he does not believe the state will finish its investigation in time.

The 49-year-old stormed out of court and flapped his arm at the magistrate as his case was postponed.

Mafe’s lawyers are preparing to appeal against the refusal of bail.

While we are in favour of the idea to relocate the legislature to Tshwane on a permanent basis due to the unavailability of parliament as a result of ...
Opinion
3 months ago

The court appearance of the man accused of setting St George’s Cathedral in Cape Town on fire was delayed on Tuesday.
News
3 months ago
Next Article