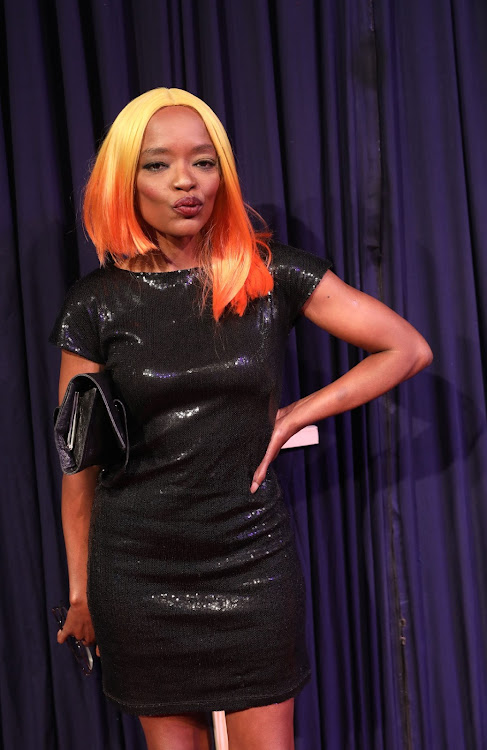 The family of actress and media personality Kuli Roberts asked the nation to keep them in their prayers after the star's death on Wednesday evening.

Details about the 49-year-old's death, including the cause, have not been confirmed.

A close friend told TshisaLIVE she spoke to Roberts on Wednesday and she seemed “drowsy”.

Kuli's family confirmed her death, saying: "It is with profound regret and sadness that we confirm the untimely passing of our dear daughter, mother, grandmother, sister and aunt Nomakula ‘Kuli’ Roberts.

"She passed away late last night (10th February) in Johannesburg.

"Affectionately known and loved by her friends, family and the SA entertainment industry at large, Kuli Roberts was an all-round media personality who was the life of any gathering."

The family asked for privacy and prayers as they mourn Kuli.

"We humbly request that you respect our need for privacy, as we go through this difficult period of grieving and healing. We ask that you please keep us in your prayers.

"The Roberts and Mboya family are deeply thankful for the countless personal messages of love and support received thus far. These are appreciated."

Details of her memorial service and funeral will be confirmed in due course.

Kuli grabbed headlines and adoration in a career spanning decades.

She acted in several productions, most recently in the Netflix original movie Angeliena.

The media personality was a big hit on Kaya959, alongside the late legendary broadcaster Bob Mabena and comedian Skhumba.

She cemented her name in the entertainment industry with TV presenting gigs, including co-presenter on What Not To Wear, SABC1's Real Goboza with controversial media personality Phat Joe, and SABC3's Trending SA with Nina Hastie, Musa Mthombeni and Pabi Moloi.

She also worked as a journalist at Fair Lady, DRUM, YOU and Sunday World.

She is survived by her two children, her grandchild, her parents and three siblings.