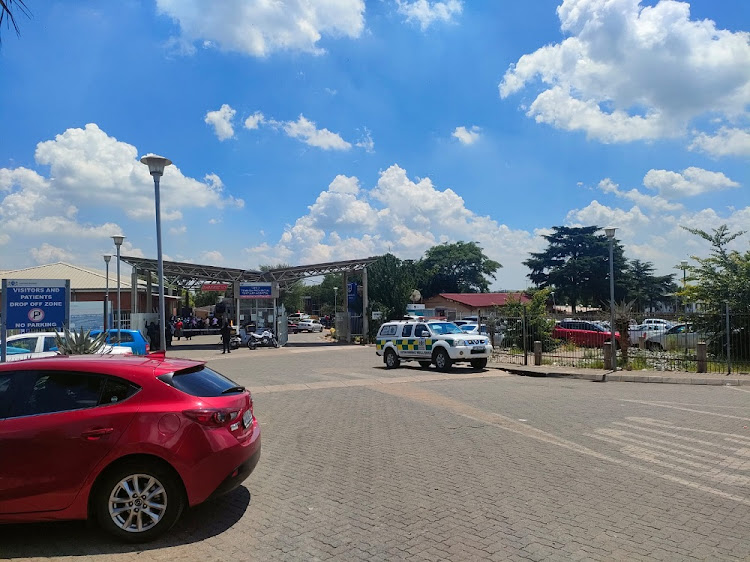 A portion of the road in front of the hospital's main entrance was also temporarily closed and cordoned off with police tape as law enforcement officers, including a private security company, combed the crime scene.
Image: Isaac Mahlangu

Tembisa Hospital in Ekurhuleni has been forced to shut its doors after a fatal shooting on Wednesday which left a nurse dead and her lover, a police officer, in a critical condition.

A portion of the road in front of the hospital's main entrance was also temporarily closed and cordoned off with police tape as law enforcement officers, including a private security company, combed the crime scene, with some speaking to hospital staff. Vehicles were being redirected.

According to an eyewitnesses, a hospital staff member who spoke to Sowetan on condition of anonymity, a policeman entered the hospital around 8.30am and called his girlfriend, a nurse on duty, outside.

“We were not paying them any attention as they stood and spoke just near the entrance until we heard gunshots,” the employee said.

The officer had reportedly taken out his firearm and shot at his lover a number of times before turning the gun on himself.

"When we reacted to the first gunshots, the man started pointing the firearm at us before turning the gun on himself and shooting himself in the head," the visibly shaken employee said.

“I still don’t believe what I just saw this morning, the nurse died almost immediately. I think she was shot about five or six times all over her body.”

According to the Gauteng health department, the incident happened at the hospital's accident and emergency parking lot.

Provincial health spokesperson Motalatele Modiba said the 30-year-old police officer drove into the hospital in a state vehicle with blue lights on and parked in the accident and emergency parking lot. 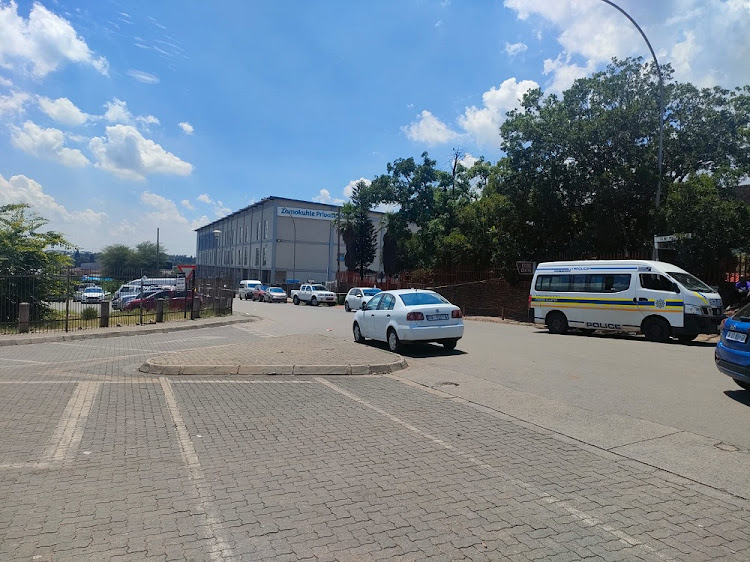 "He then called his partner, a 30-year-old enrolled nurse assistant who was on duty, to join him at the parking lot. As she arrived the officer opened fire on her before turning the gun on himself," Modiba said.

He said the nurse died on the scene while the officer is in a critical condition.

"Given the tragic incident, the hospital is currently not in a position to receive the public. Members of the public who need to access healthcare services in the hospital should visit nearby health facilities. The hospital remains inaccessible as the incident has left both patients and staff members in shock," Modiba said.

He said the closure of the hospital will allow police to work on the scene and for debriefing and counselling of both staff and patients.

Modiba said patients currently admitted at the hospital will continue to receive care.

"The public will be notified on when will the hospital reopen later today," he said.

Pregnant Tshegofatso Pule was threatened before her murder, court told

A heavily pregnant Tshegofatso Pule received repeated threats to leave her lover Ntuthuko Shoba, who is in the dock for allegedly masterminding her ...
News
4 months ago

She was found dead and stuffed under a bed in a shack on Monday, just a day after the man was arrested for her abduction and skipping court where he ...
News
6 months ago
Next Article