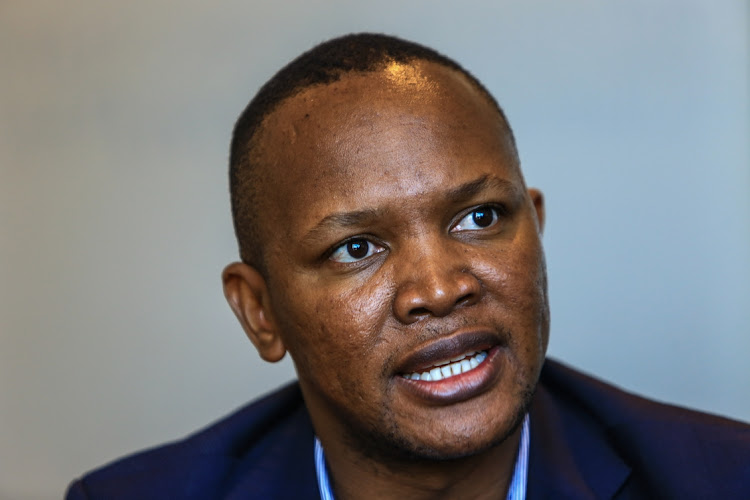 The Pretoria high court has given mobile communication giants Vodacom one month to make “a fresh determination” to Please Call Me (PCM) inventor Nkosana Makate.

The ruling delivered electronically on Monday comes after Makate hauled Vodacom back to court after he rejected the cellphone giant's compensation offer of R47m which was made in 2019.

In her 42-page judgment, Judge Wendy Hughes ruled that “the determination (R47m) by the CEO is referred back to Vodacom CEO Shameel Joosub who is obliged to make a fresh determination with the following directives: The Applicant (Makate) is entitled to be paid 5% of the total voice revenue generated from the PCM product from March 2001 to March 2021.”

“That total voice revenue includes Please Call Me revenue derived from prepaid, contract (both in bundle and out bundle) and interconnect (MTR) fees as set out in the Second Respondent's annual financial statements,” the judgment stated.

Makate, who has had a long protracted legal battle with Vodacom over payment for the “Please Call Me” idea he developed more than 20 years ago.

Hughes stated in her ruling that in determining money owed to Makate, Vodacom must assume that the average call duration of the return calls is two minutes.

“The Applicant is entitled to 27% of the number of PCM's sent daily as being revenue generated by the return calls to the Please Call Me,” the judgment stated.

The judgment also state that Makate was also entitled to “the time value of money calculated at 5% for each successive year” that Vodacom owes him.

Hughes ordered Joosub to finalise the new determination within one month of her court order.

Makate had previously stated that he believed he was owed around R20bn by Vodacom for his successful invention.

He previously told Sowetan that the figure reflected a 5% share of an estimated R205bn revenue generated from the Please Call Me service, including interest calculated over an 18 year period.

Vodacom and Makate were in protracted settlement negotiations which had to be escalated to Joosub, following two years of failing to reach an agreement.

This came after a Constitutional Court ruling in April 2016, directing that Makate be recognised for his idea.

Vodacom said it would appeal the judgement.

"Vodacom confirms that it will appeal the Gauteng High Court judgment and order on the Please Call Me matter, delivered by Justice Wendy Hughes on 7 February 2022," Vodacom stated in a statement.

The company also stated that it "remains of the view its negotiations with Mr. Makate were held in good faith, as determined in the Order of the Constitutional Court."

Public Protector Busisiwe Mkhwebane has found the auditors regulatory body guilty of maladministration in a complaint brought by the “Please Call Me” ...
News
9 months ago

Mobile telecommunications giants Vodacom says amounts totalling more than R63bn which were filed as invoices in their system bearing the name of ...
News
1 year ago
Next Article