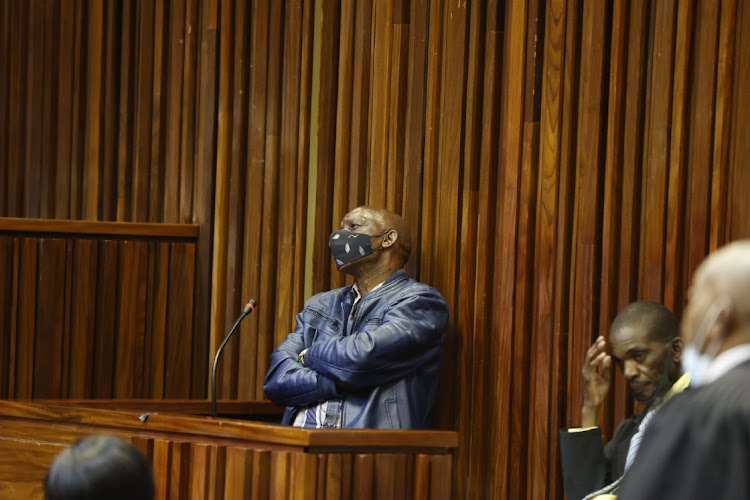 This is according to the commander who was in charge of the patrol operation on the day Mthokozisi Ntumba was killed, allegedly by the police.

Capt Mkhanyiseli Shange, a former police officer, was testifying in the high court in Johannesburg on Tuesday in the trial against four police officers accused of shooting Ntumba.

Shange, with 35 years experience in the police, said Ntumba’s murder case is the first case he has ever encountered where the police’s white, weak rubber bullets are alleged to have killed a person.

According to the state, Ntumba was shot in the chest.

Shange, who was attached to the public order policing unit in Diepkloof, Soweto, was one of the commanders who were in charge of the patrol operation on March 10 when Ntumba was shot during a student protest over historic debt and non-registration.

The two commanders also had to control the students and give instructions to the officers on the ground.

Public order police should fire rubber bullets to the ground more than 20m away from their intended target and it should ricochet into the legs and ...
News
6 months ago

Shange agreed and said it was the first time he had dealt with a matter of this nature. “White, weak rubber bullets cannot kill a person,” said Shange.

Netshipise asked Shange if he was aware of white, weak rubber bullets shot by police at students on the day of the incident and none of them died.

“Public order police used these white, weak rubber bullets when they shot at the students at a distance of 10m on Jorissen Street and no-one died. Are you aware of that?”

Shange said he was not aware of this particular shooting incident.

“In your 35 years of experience, I am sure there were instances where you used white, weak rubber bullets at a distance of 3m, 5m and no-one died?” asked Netshipise.

Last month, Beeslaar told the court that public order police should fire rubber bullets to the ground more than 20m away from their intended target and it should ricochet into the legs and not the upper body.

Beeslaar, who is from the public order policing unit in Diepkloof and has been a police officer for 38 years, told the court what their regulations say about how police should use rubber bullets as a form of crowd control.

“Rubber rounds are classified as minimal force. The reason they should be skip-fired and bounce on the ground, targeting the legs of the people, is because this will reduce the possibilities of serious injury. The chances of fatal shooting is less when a person is hit on the legs than the upper body,” said Beeslaar.

Commander on day of Ntumba shooting testifies without cops diary

The commander in charge of the patrol operation on the day Mthokozisi Ntumba was killed, allegedly by the police, has been accused of not taking the ...
News
6 months ago

Ntumba murder accused 'did not report shooting to commanders'

The four police officers accused of shooting and killing Mthokozisi Ntumba could not explain to their seniors what had happened on the day.
News
6 months ago

The image analyst who was tasked with analysing the video footage of the shooting that led to the death of Mthokozisi Ntumba has been accused of ...
News
6 months ago

The commander who was in charge of the patrol operation on the day Mthokozisi Ntumba was killed, allegedly by the police, conceded that she left out ...
News
6 months ago
Next Article