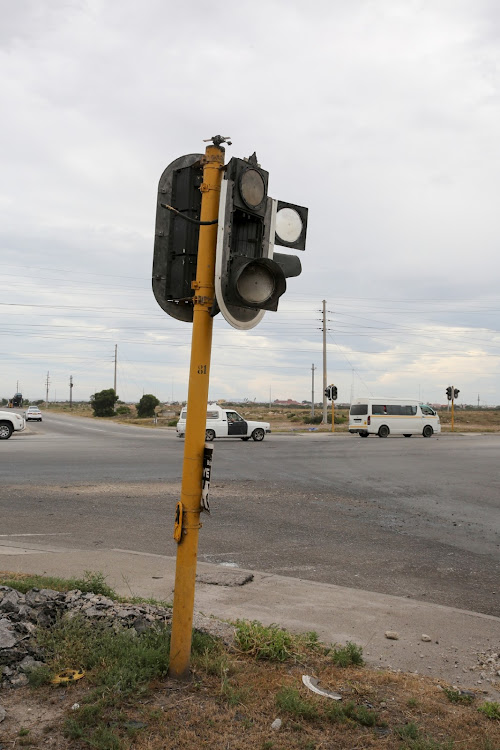 Johannesburg says it will pay up to R37m to repair 120 traffic lights that were damaged in December 2021 and January 2022.

The city said this week it had embarked on an oversight visit to a Joburg Roads Agency (JRA) repair assignment of two of the damaged traffic lights.

“In December, 93 traffic signals were damaged either as a result of cable theft or after being driven into by motorists. That number dropped to 27 in January,” said Funzela Ngobeni, MMC for transport.

According to Ngobeni, it costs between R300,000 and R400,000 to repair a traffic signal after it has been damaged. This depends on the size of the intersection.

“This is because traffic signals are completely uprooted or, in some cases, cut off at the bottom using an angle-grinder or any other destructive tool in order to access copper cables, uninterruptible power supply (UPS) units, and sim cards, among others," Ngobeni said.

The sim cards installed in the traffic signals use GPS technology to communicate information to the JRA, allowing the agency to keep track of its signals and perform the required maintenance during downtime.

“In addition to the cost of repairs, the city incurs a heavier financial burden related to increased insurance premiums. This means the city’s roads agency JRA has less money to undertake crucial maintenance work.”

Ngobeni said he had convened an urgent meeting with the JRA to determine what immediate remedies the agency would implement to curb the destruction and vandalism of the city’s infrastructure.

“In the meantime, I call on law enforcement to step up efforts to monitor the city’s valuable infrastructure as well as to properly investigate and prosecute people arrested for the destruction of the city’s assets.

“Without this stringent action, our efforts will be futile as we will continue to watch our city descend into further lawlessness. We will not let this happen,” Ngobeni said.

Bhambayi resident Chris Biyela said on Friday it was painful retracing the violent events that unfolded in Phoenix during the civil unrest in July.
News
7 months ago

The Mpumalanga township of Mhluzi has a good story to tell about service delivery under the Steve Tshwete Local Municipality.
News
10 months ago

For motorists in Standerton, driving on the potholed streets and roads in and around the Mpumalanga town can be a matter of life and death.
News
1 year ago

City of Tshwane gets interdict to halt 'wanton destruction' during strike

The City of Tshwane has obtained an interdict from the labour court in a bid to stop the disruption of services by striking members of the SA ...
News
1 year ago
Next Article