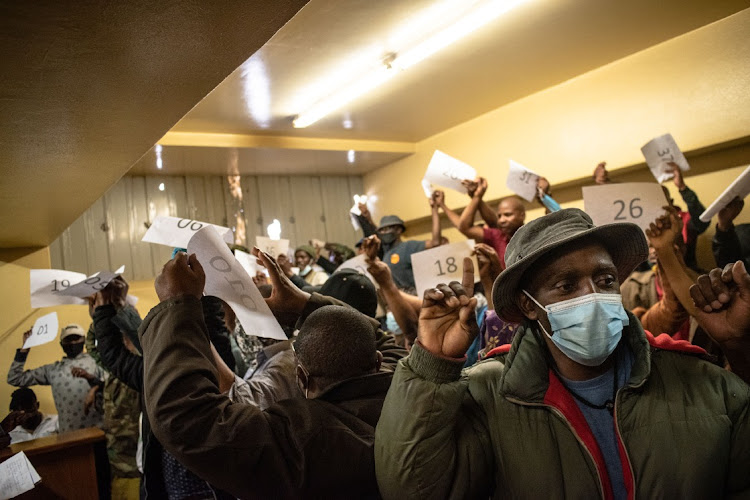 The case against 11 military veterans charged with kidnapping has been postponed to May to allow them to file representations.

The group appeared briefly in the Pretoria magistrate’s court on Tuesday.

The veterans are facing one count of conspiracy to kidnap and 26 counts of kidnapping.

Several other people were also held against their will.

The 11 accused are part of a group of 53 people arrested for the kidnappings. At least 42 of them have been released on R500 bail each.

Eleven former military veterans arrested for their roles in the alleged ministerial “hostage” situation last week will remain behind bars until ...
News
10 months ago

The case against 56 people calling themselves military veterans has been postponed to Tuesday.
News
10 months ago
Next Article