'DA must point out where premier did not act' 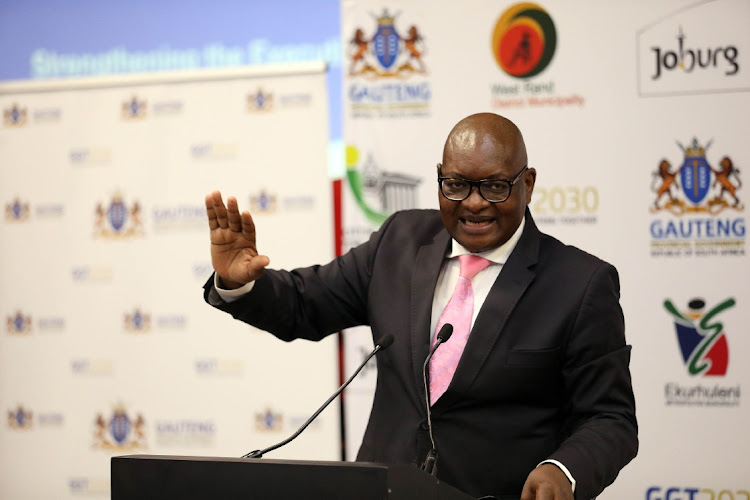 The DA in Gauteng is calling for “political action” to be taken against premier David Makhura for “massive looting of taxpayers’ money”.

In a statement on Sunday, DA provincial leader Solly Msimanga said money meant for the procurement of personal protective equipment (PPE) was looted and Makhura had failed to act decisively against implicated officials.

However, Makhura’s spokesperson Vuyo Mhaga hit out at the statement, asking the DA to point out exactly where the premier had not acted.

On Tuesday, President Cyril Ramaphosa authorised the release of the Special Investigations Unit (SIU) report that found that more than 2,000 contracts issued to service providers were irregular.

In a statement the SIU said it had investigated 5,467 contracts awarded to 3,066 service providers with a total value of R14.3bn.

“The setbacks we have suffered now are nothing compared to our past struggles, when the movement was almost wiped out," ANC Gauteng chair David ...
News
6 months ago

“Gauteng has the largest amount of money wasted on corruption, all of which happened under the watch of the premier, who is still trying to vindicate himself while forgetting that he has a constitutional responsibility to fight corruption in this province.

“According to the SIU report, the Gauteng education department irregularly awarded contracts to the value of R427,686,242 to 270 service providers for decontamination of Gauteng schools.

“The appointment process did not follow the procurement on an emergency delegation; the department did not obtain three quotes from service providers as listed on the central supplier database, and supply chain management was not involved in the sourcing and appointment of the service providers.

“This indicates that officials and the service providers whose cases were not closed took advantage of the plight of our people who are in desperate need of protection against the Covid-19 pandemic to enrich themselves.

“While all this was happening premier Makhura did nothing in his capacity to conduct monitoring and oversight of all the departments, particularly the department of health, which was heavily hit by the pandemic,” Msimanga said.

Since the PPE scandals surfaced, Makhura fired former Gauteng health MEC Masuku in October 2020 after the provincial health department had awarded contracts worth about R125m to Royal Bhaca.

Royal Bhaca belonged to the the now deceased amaBhaca chief Thandisizwe Diko, who was the husband of former presidential spokesperson Khusela Diko.

Speaking to Sowetan on Sunday, Mhaga said the DA was playing politics because the premier had acted on a preliminary report received from the SIU on investigations requested independently by the Gauteng government.

“The Gauteng government, out of its own accord, requested the SIU to investigate PPE-related matters. It released a preliminary report with findings and we acted on those,” Mhaga said.

“The report that was released [on Tuesday] was the president’s one. I challenge anyone to point out where the premier did not act.

“We have an appointed MEC who is currently sitting at home, a former HOD and CFO who are currently at home.

“Not only that, those found guilty of corruption weren’t only just fired but their pension funds were frozen so the Gauteng government can recoup some of the stolen funds.”