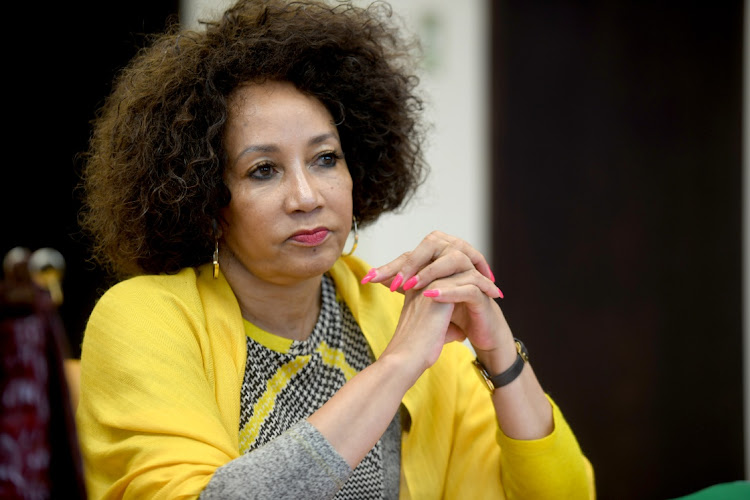 Lindiwe Sisulu has suffered a new setback in the furore that followed her attack on the judiciary.
Image: EDREA DU TOIT

Potential presidential candidate Lindiwe Sisulu received a further blow this week after the ANC distanced itself from her perceived attack on the judiciary.

In its post-lekgotla statement on Saturday, the party said it reaffirms its support for the Bill of Rights, the constitution and the judiciary.

This comes after a public spat between Sisulu, President Cyril Ramaphosa and his allies after she penned an op-ed criticising the constitution and the judiciary.

Ramaphosa's office issued a statement saying Sisulu had agreed to retract and apologise for her remarks, only for her to deny she had done so.

“[The] lekgotla recognised that the ANC is going through a period of decay and degeneration, but that the ANC, during its 110 years of existence, has been able to extricate itself from similar situations in the past,” said Saturday's statement.

“It acknowledged that threats to our democratic gains [are] also a result of an era of loss of moral and ethical principles within the broader movement, and that divisions and factions in the ANC may become a threat to our democracy.

“The ANC and lekgotla reaffirm our support for the constitution, the Bill of Rights and the judiciary and distance ourselves from narratives that seek to negate its transformative intent and gains.”

A week ago, the Sunday Times reported that Sisulu was chastised by some national executive committee members for her op-ed and her perceived undermining of Ramaphosa, with Cosatu president Zingiswa Losi leading the charge.

“We deploy members to represent the movement, not themselves, in government,” said Losi. “Their mandate is the ANC’s election manifesto. Yet we are now subject to persons who swore an oath to defend the constitution running to the media to rubbish the very constitution this movement of Madiba drafted.

“It is unacceptable and unbecoming for senior leaders and cabinet members to attack the constitution.  The failure of the ANC to discipline deployees is feeding a culture of mediocrity.

“In fact we are seen to reward and promote those who have been found wanting.  If comrades are tired, then they must leave. As we emerge from a decade of state capture, we cannot tolerate ANC public representatives publicly attacking our constitution.”

Prince Mashele oozes misogyny in his analysis of Sisulu's intellect

Mashele has deliberately overlooked, or rather rubbished, Sisulu’s scholarly record as a PhD candidate at Leeds University, or the fact that she is a ...
Opinion
6 months ago

Why is Sisulu only attacking judiciary now?

Why is it that Lindiwe Sisulu, the supposed veteran politician, out of the blue starts to attack the judiciary, accusing them of being "mentally ...
Opinion
6 months ago

President Cyril Ramaphosa has emerged from the ANC national executive committee (NEC) meeting with his hand strengthened after the party affirmed its ...
News
6 months ago
Next Article