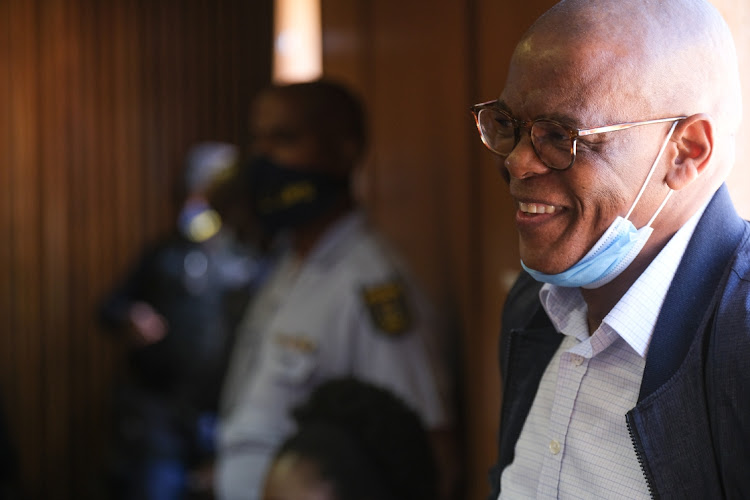 Close associates in the Free State of suspended ANC secretary-general Ace Magashule face possible prosecution after they were referred to the National Prosecuting Authority (NPA) for charges of corruption and fraud by the Special Investigating Unit (SIU).

Moseme’s company, C-Squared Consumer Connectedness, which is known for organising the annual Macufe festival, allegedly scored a R4.9m PPE tender without following the proper procurement processes, the SIU has found.

The SIU said it has referred a senior official in the provincial government and owners of C-Squared to the NPA for prosecution after uncovering suspected criminal conduct.

According to the SIU, C-Squared committed fraud when it made misrepresentations on quotations it submitted when bidding for the tender and on the goods it procured.

The company was awarded a R4.9m contract to supply PPE by the Free State government.

The contract was, however, questionable, with the SIU investigation revealing due process was not followed.

This is contained in a 737-page SIU report President Cyril Ramaphosa made public on Tuesday.

“It was found the procurement process followed ... did not comply with section 217 of the constitution as it was not fair, equitable, transparent, competitive and cost-effective,” the SIU report reads.

The probe found Moseme “may have committed fraud by making a misrepresentation” to the head of the Free State provincial treasury “regarding the quotations submitted and the goods procured”.

The SIU also found evidence that the former CFO of the provincial treasury was complicit in the alleged fraud committed by Moseme, who misrepresented prices of coveralls and FFP2/N95 masks “when it was stated negotiations were held with C-Squared regarding pricing of the overalls that was in excess of the prices set by the National Treasury”.

The SIU has referred Monaheng Mokoena, former CFO of the Free State treasury, and Moseme to the NPA for possible prosecution.

“Criminal cases were registered and are being investigated.”

The SIU will also constitute civil suits against those involved at the Special Tribunal.

The prosecuting authority says in court papers that Ace Magashule has a case to answer in the criminal court.
News
6 months ago

The suspended ANC secretary-general says the state's case against him is weak or non-existent.
News
7 months ago

Suspended ANC secretary-general Ace Magashule’s legal counsel has asked the state to provide a list of witnesses implicating his client in his ...
News
8 months ago
Next Article