ANC executive rejects Sisulu-type attacks on constitution and the judiciary 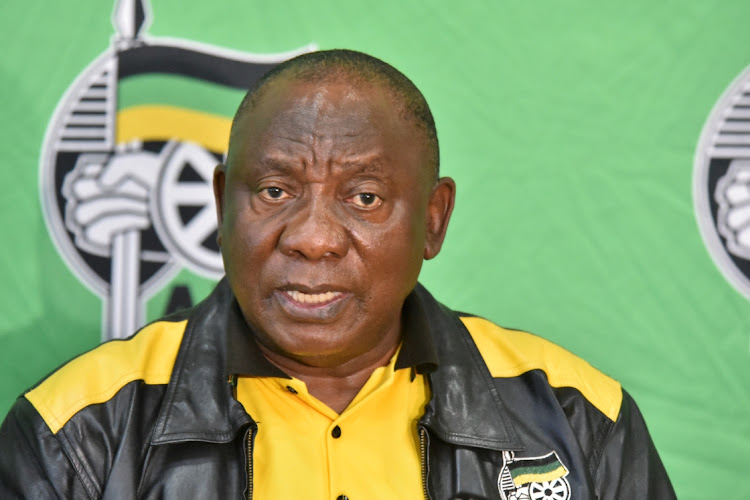 President Cyril Ramaphosa has emerged from the ANC national executive committee (NEC) meeting with his hand strengthened after the party affirmed its support of the judiciary and the constitution following relentless attacks led by tourism minister Lindiwe Sisulu.

The NEC, the party’s highest decision-making body, held its lekgotla – a gathering of party leaders, alliance partners and directors-general of government to outline the government’s programme of action for the year.

The meeting came after a week of public spats between the presidency and Sisulu, who appeared to dare Ramaphosa to take action against her.

Ramaphosa had summoned Sisulu and apparently admonished her over her controversial article but the minister later hit back at a statement released by the presidency claiming she had apologised for her attacks on black judges and the constitution.

Delivering his closing remarks after the lekgotla last night, Ramaphosa said the party and its alliance partners rejected attacks on the constitution and the judiciary.

“The ANC and the Alliance reaffirm our support for the constitution, the Bill of Rights and the judiciary and distance ourselves from narratives that seek to negate its transformative intent and gains,” he said.

Sisulu in a controversial opinion piece lambasted the constitution, the rule of law and African judges, whom she accused of being “house negroes”.

Political analyst Ralph Mathekga said while Ramaphosa was emboldened, he was not likely to act against Sisulu as it would set a bad precedent.

“Ramaphosa has been pushed into the corner. This whole thing has taken a different turn now because he has already said she apologised and she came out and said she did not. But if you fire her you will come across as enforcing retribution [against someone] for e[pressing her views. She is wrong but this is not Uganda where you can fire a person for differing with you,” Mathekga said.

Tourism minister Lindiwe Sisulu has distanced herself from a statement by the presidency claiming she has apologised and retracted her article ...
News
5 months ago

Another analyst, Prof Tinyiko Maluleke, said while Ramaphosa had received support and expressed his views against Sisulu’s missives, it was clear that he was still pedantic about taking action against her.

“I believe the issue is more complex and both the president and the ANC NEC will still apply their minds, hence the carefulness of the wording,” Maluleke said.

Maluleke said the ANC’s carefulness in dealing with the issue made it difficult for Ramaphosa to act against her.

One ANC NEC member said while there had been overwhelming rejection of Sisulu’s remarks and her defiance against Ramaphosa, the party had not taken a decision on what had to happen.

“There was a recommendation that she should explain herself but that was not formally decided. The main thing is that the president has to decide if he will act against her or not,” he said.

Another NEC member said Ramaphosa was unlikely to fire Sisulu.

“What will be the value of firing her? I think it is clear that he is not going to fire her but engage her and assert the position of government and the party, which Sisulu agrees with as far as we know,” the member said.

Ramaphosa said the party was “going through a period of decay and degeneration”.

“The threat to our democratic gains is also a result of an era of loss of moral and ethical principles within the congress movement. We need to show determination in addressing the toxic legacy of state capture resulting in security institutions being weakened, misdirected and hallowed out,” Ramaphosa said.

“Regression of ethical and moral leadership has resulted in an existential crisis. Our credibility and legitimacy are being undermined by our inability to act. As the ANC we should analyse and assess threats caused by others and threats caused by our own acts of omission and commission. This requires a multifaceted approach,” he said.

Tourism minister Lindiwe Sisulu has blamed the media team in the presidency for "misrepresenting" her conversation with President Cyril Ramaphosa ...
News
5 months ago

The ANC has suspended controversial MP Mervyn Dirks over his call for President Cyril Ramaphosa to account in parliament for utterances he allegedly ...
News
5 months ago

The ANC is set to establish a 10-member renewal commission which will be tasked with developing a road map for the party towards its 120th ...
News
5 months ago
Next Article