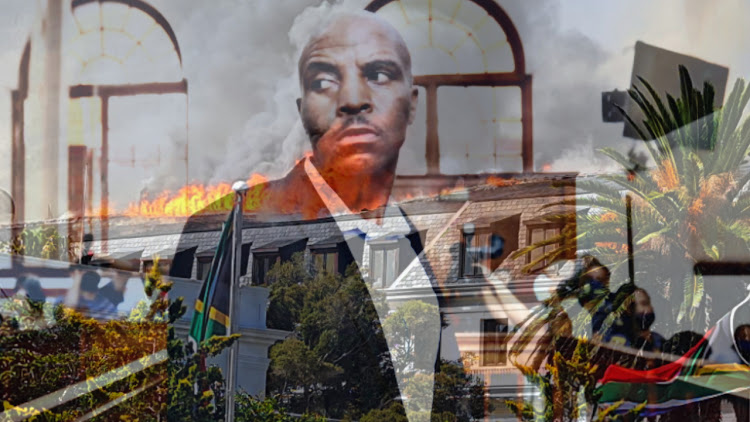 The man accused of torching parliament on January 2 will have to wait another week for his much-anticipated bail hearing.

Zandile Mafe, 49, was due to appear in the Cape Town high court on Saturday. However, he is isolating after being diagnosed with Covid-19 during his mental evaluation at Valkenberg Hospital last week.

“The court was informed that due to the accused contracting the Covid-19 virus, he is in isolation and will not be able to attend proceedings tomorrow.

“The court was requested to postpone the matter to January 29, which was acceded to,” said Adams in an e-mail to journalists.

VIDEO: Who is the alleged parliament ‘terrorist’ Zandile Mafe? TimesLIVE Video takes a look at who what we know about...

This comes after the alleged parliament arsonist scored a legal victory against the state on Tuesday when the high court in Cape Town overturned Mafe's referral to Valkenberg.

Mafe’s counsel, Dali Mpofu, accused the state of using his client as a scapegoat.

“This rushed referral, what is behind it?” asked Mpofu. “The state wants to make him a modern [Dimitri] Tsafendas.” This was a reference to the parliamentary messager who stabbed prime minister Hendrik Verwoerd to death in parliament in 1966.

NPA spokesperson Eric Ntabazalila said Mafe's defence team had been provided with a new charge sheet in which the 49-year-old from Khayelitsha is accused of housebreaking with intent to commit terrorism and arson, arson, terrorism and theft.

"The changes came after advocate Mervyn Menigo, who is the leading prosecutor in the matter, studied the docket afresh, further consulted with the investigating officer and felt that the charges needed to be reformulated," he said.

“We take the liberty of individuals seriously… This is the Western Cape Mr Mpofu, we know what we’re doing.”
News
3 months ago

He has been described as a “humble man” and is accused of setting the fire which destroyed parliamentary buildings.
News
3 months ago