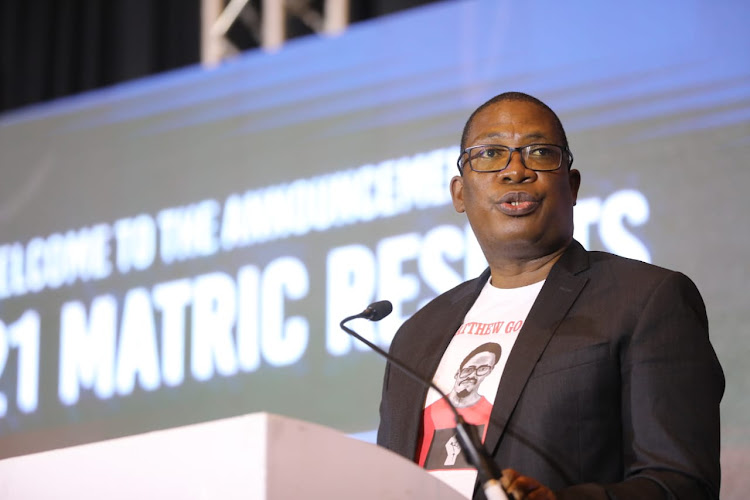 This was announced by education MEC Panyaza Lesufi at an event held at the Birchwood Hotel in Boksburg, on the East Rand, on Friday.

“We have 130 schools that have achieved a 100% matric pass rate. No district has performed below national average and the best district [in the country] also comes from Gauteng (Tshwane South),” Lesufi said.

Gauteng retained its spot as the second best performing province in the country for the third consecutive year.

Free State which recorded 85.7%, an improvement of 0.6 percentage points retains the No1 spot

Lesufi said even though he is not proud to be number two in the country, he was pleased to be among the best performing provinces.

Lesufi added that 79 of the matric pupils were part of those shortlisted among the best awards in the country.

“These are two schools that have demonstrated our commitment to turn around township education,” Lesufi said.

He said he was also proud of schools of specialisation in the province that have done really well.

“A school in Zola was vandalised and the community took a decision to have it closed and that year they had achieved 37% matric pass rate. For three years we were trying to determine what kind of intervention we can bring to the school.

“We then went to the SAA (SA Airways) and asked for one engine so that learners can learn to dismantle and assemble an engine. I am proud to say today that schools known as Curtis Nkondlo has achieve 95% matric pass rate.

The MEC added that the department is working at having each and every school to specialise.

There are 35 new schools of specialisation that will be launched in the province, he announced.

Lesufi also mentioned that the province achieved 100% in sign language.

“We also had an increase pass rate of physical science from 72% to 74.8%. This demonstrate that our system is stabilised,” he said.

There were scenes of excitement, tears of joy and group hugs at Curtis Nkondo School of Specialisation in Soweto as matric pupils collected their ...
News
3 months ago

KwaZulu-Natal education MEC Kwazi Mshengu on Friday announced that the province had managed to improve in 8 out of 10 focus areas they had targeted.
News
3 months ago

Limpopo MEC for education Polly Boshielo has blamed the lack of proper infrastructure, Covid-19 and other issues as contributing factors to the ...
News
3 months ago

Ntolo Secondary School in Madidi village in the North West scored an impressive 88.2% matric pass rate despite not having a library or a laboratory.
News
3 months ago
Next Article