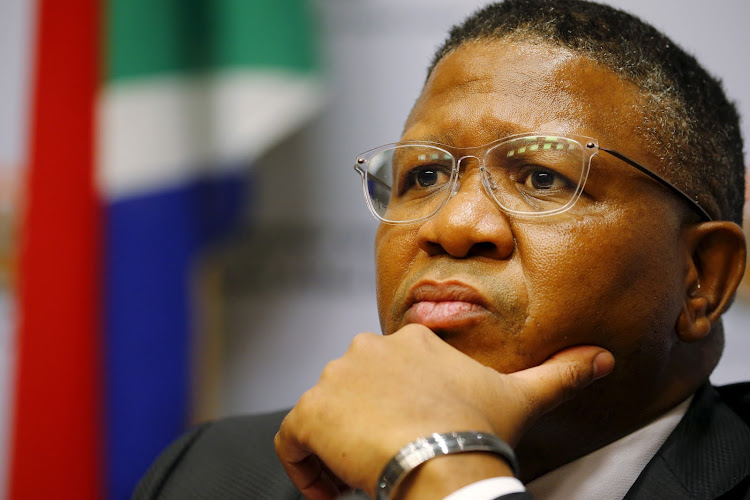 The Aarto act and licence demerit points were a deterrent to bad behaviour on our roads, said transport minister Fikile Mbalula.
Image: Supplied

The Aarto Act was a deterrent to bad behaviour on our roads, he said in response to the January 13 Pretoria high court ruling declaring the Aarto act invalid and unconstitutional.

The judge found in favour of civil rights action group Outa, which challenged Aarto’s constitutional validity. Outa and the AA have criticised Aarto for being geared towards revenue collection instead of promoting road safety, with the AA saying it was a waste of taxpayers’ money which had done nothing to remedy SA's shocking road death rate.

Speaking at the release of the festive season road fatalities at Grasmere toll plaza on Tuesday, Mbalula said: “The importance of Aarto in driving behaviour change of motorists and  providing disincentives for unbecoming conduct cannot be over emphasised. It is for this reason we have decided to appeal the ruling of the Pretoria high court.”

He said parliament was also seized with proposed amendments to the National Road Traffic Act to reduce the permissible alcohol limit for motorists.

“This is before parliament, and we believe this is an important element in our efforts to arrest the scourge of fatalities on our roads,” he said.

Mbalula said 1,685 people died on roads in the past festive season, a 14% increase over the previous year. This was partly attributable to there being more vehicles on the road than in the 2020/2021 festive season, when there more severe lockdown restrictions due to the Covid-19 pandemic.

Road fatalities increased in seven provinces and declined in two, the Eastern Cape and KwaZulu-Natal.

In the 42 day Arrive Alive campaign from December 1 to January 11, traffic officers conducted 651 roadblocks throughout the country and issued 264,690 fines for traffic offences. Of these, 21,431 were for drivers who failed to wear seatbelts while 22,766 were for people driving without licences.

Mbalula said the main causes of road fatalities over this period were jaywalking, speeding, wet or slippery road surfaces, overtaking across barrier lines and poor visibility. Human factors contributed 79% to the occurence of fatal crashes while road factors contributed 11% and vehicle factors 10%.

A driver with the highest alcohol level of 2.43mg was arrested in Johannesburg on December 22. There were 605 drivers arrested for driving at excessive speeds between 190-220km/h.

A total of 4,251 unroadworthy vehicles were discontinued and 4,073 were impounded.

Nationally, pedestrians decreased from 41% of the overall fatalities to 31%.

Over the past festive season, the Eastern Cape recorded the largest decline with a 7.9% reduction from 228 to 210 fatalities.

KwaZulu-Natal recorded a 6.5% decline in fatalities from 275 to 294 in the same period last year.

The Northern Cape recorded the highest increase, up 97% from 33 to 65 fatalities.

The Pretoria high court on Thursday found the Aarto Act and its amendment, on which the planned demerit system for traffic offences is based, ...
News
6 months ago

The KwaZulu-Natal government says five municipalities in the province are ready to implement the Administration of Road Traffic Offences (Aarto) ...
News
11 months ago

The Organisation Undoing Tax Abuse has criticised government's "lack of planning" for the rollout of the country's new traffic offences act.
News
1 year ago
Next Article