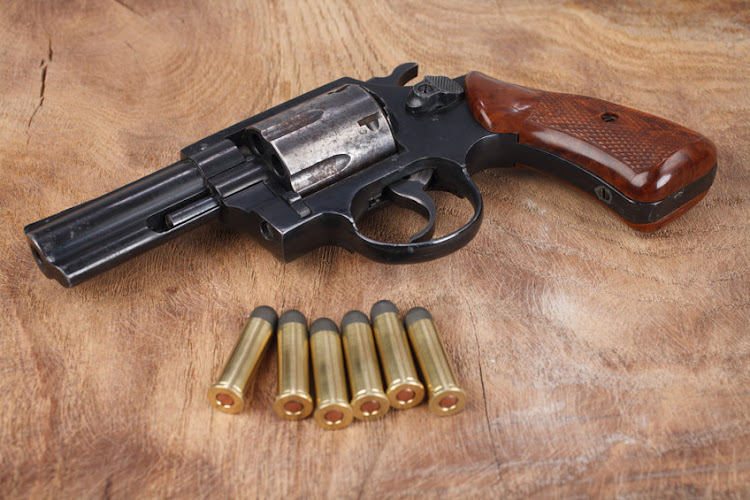 When they got home, one boy showed his friends his late grandfather’s gun, which he had taken without his parents’ knowledge.
Image: 123RF/snak

The families of two 16-year-old pupils from Lesiba Secondary School in Daveyton, Ekurhuleni, have shed new light on Thursday's tragic incident in which one of the boys  shot his best friend before turning the gun on himself.

“The first death was accidental and a tragic mistake while the second death was a result of fear and panic,” Sibusiso Nkabane, representing the grieving families, said in a statement on Friday evening.

The provincial education department initially described the double shooting as the result of an argument by the families but then described how the two boys and a third classmate — best friends for a few years — had bunked during break on their first day back at school.

They went to the home of the pupil who turned the gun on himself.

A 16-year-old pupil from Daveyton in Ekurhuleni allegedly shot dead a classmate during an argument on the first day of school and then turned the gun ...
News
4 months ago

“When they got home, one boy showed his friends his late grandfather’s gun, which he took without his parents’ knowledge during the December holidays. His deceased grandfather was fond of him, and he had taken the gun in remembrance of him.”

In an attempt to impress his friends, the teen allegedly took the unloaded revolver and  loaded it.

“While playing with the pistol, the gun accidentally went off, shooting his classmate behind his ear. In shock and panic after seeing his friend bleeding on the floor, the third friend ran off to his home around the corner as the boy who fired the gun rushed after his friend asking him to assist.”

The gunshot and subsequent commotion had alerted the community of Chief Albert Luthuli Park which came out to confront the boys.

In panic and fear, the boy who fired the gun then ran back home.

“When he got home, again in panic and fear, he closed the garage door and used the same gun to shoot himself in the head ... We are deeply saddened and in pain by the loss of our boys.”

According to the statement the boys were schoolmates and best friends for a couple of years.

“There was no quarrelling among the boys and all three were good teenage boys. The first death was accidental and a tragic mistake while the second death was a result of fear and panic.”

The family noted that there was no animosity among them as they had spent the festive season together.

“Both families have held numerous meetings and prayer sessions since the deaths and will continue to do so until burial. The families would like some privacy during this tough time as they grieve the tragic loss of their children,” read the statement.

A memorial service for the two boys will be held at Lesiba Secondary School on Tuesday.

An Ekurhuleni mother could be charged under the Firearms Control Act after her 17-year-old son shot and killed a friend using his late father's ...
News
5 years ago

Police fired rubber bullets this morning to disperse residents of Setjwetla in Alexandra who had gathered near the Marlboro Gardens Secondary ...
News
2 years ago

A second suspect has been arrested in connection with the murder of Soweto teenager, Siphiwe Sibeko. Police spokesman Cpt Kay Makhubele said the ...
News
2 years ago
Next Article