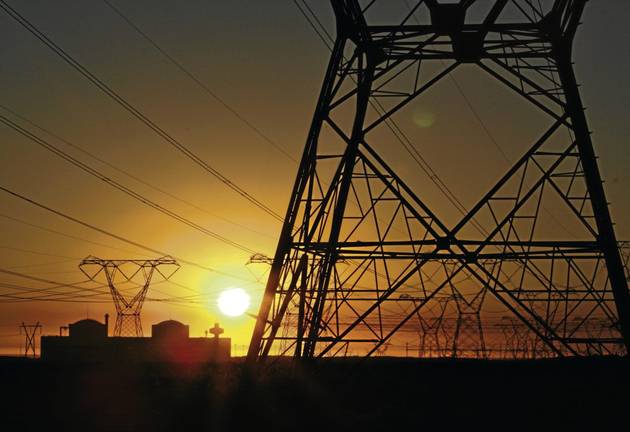 Two men were jailed for eight years for cable theft and vandalism at a Johannesburg electricity sub-station.
Image: MARK WESSELS

Eight-year jail sentences for theft and vandalism at an electricity substation will send a strong warning to other cable thieves, City Power in Johannesburg said on Saturday.

Two men received the sentences at the Booysens magistrate's court this week after they were arrested last November. They targeted a substation in Glenvista, leaving 180 customers without power.

“The eight-year direct imprisonment will send a strong warning and serve as a deterrent to other would-be copper cable thieves.”

Mangena said City Power had made good initial strides towards its target of reducing cable theft and vandalism by 20% over the first six months of 2022. “In six days, multiple arrests have been made in various areas,” he said.

The arrests were made after a shoot-out between the suspects, police and security guards.
News
4 months ago

On Sunday, a suspect was arrested while digging up underground cable at the  Roodepoort Sports Club.

“A vigilant customer went outside to investigate and two suspects were spotted fleeing the scene of crime,” said Mangena.

“A member of the community came forward with CCTV footage showing the suspect damaging the electricity network. The suspects are known in the area and their arrest is imminent.”

On Monday, a man was arrested in Quellerina, Roodepoort, after a resident saw him removing fuses from a miniature substation.

On Friday, two suspects were arrested as they were preparing to sell copper cable to a scrap metal dealer in Chloorkop.

“The suspects, who are allegedly subcontracted to City Power, were working at Robertsham substation which was gutted by fire in October 2021. They were spotted by security personnel loading cable into a crane truck,” said Mangena.

“A mobile security team was activated and stealthily tailed the truck to Chloorkop, Kempton Park. The suspects offloaded the cable and started to cut and skin it.

“The security officers pounced and arrested two suspects, a South African and a Zimbabwean. Two other Zimbabwean suspects fled the scene and are still at large.

“About 15m of single-core copper cable valued at about R6,000 was recovered. The suspects were detained at Sebenza police station where a criminal case of theft of essential infrastructure was opened.”

The City of Johannesburg's new public safety political head, David Tembe, announced the city would increase the number of police officers in the ...
News
4 months ago

The arrest of a 49-year-old man after a blaze ripped through the National Assembly building is not the first time security has been breached in Cape ...
News
4 months ago

Bad weather, 'sabotage' and cable theft have been blamed for Shosholoza Meyl trains failing to reach their destinations
News
4 months ago
Next Article