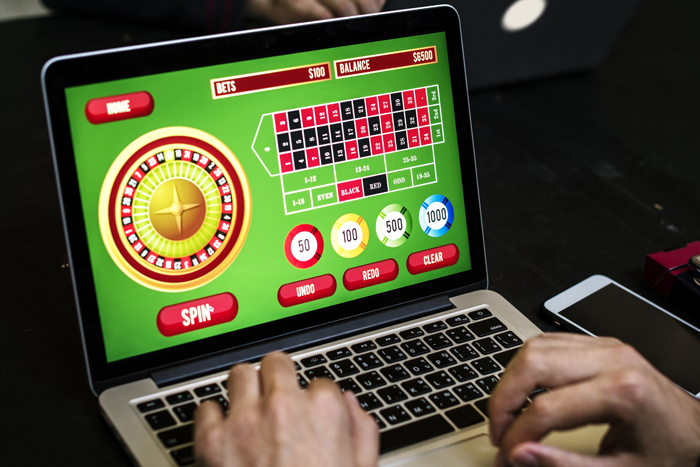 Gambling is not a new phenomenon. From the gleaming slot machines on casino floors to playing “dice” on a random street corner, it has been and continues to be an activity in which many engage — whether young or old. However, online gambling, made accessible largely by smartphones, has become an even more attractive option to those wanting to try their luck.

Social media, Twitter especially, has become a platform where young people routinely share their personal gambling experiences. These are young people who bet on such online sites as Lottostar, Betway, Hollywoodbets and World Sports Betting, for example.

Many of these young people bet continually on football games. They talk openly about this, to the point of sharing screenshots of winnings. What has been distinctly amiss, however, are the converse narratives. What about everyone else who is gambling online but losing?

In 2020, author and media personality Khaya Dlanga took to Instagram and opened up about his younger brother’s suicide. He talked about his struggle with online gambling and how it led to a “spiral of an addiction he could not get himself out [of]”.

Perhaps what is exceptionally heart-wrenching is Dlanga’s reflection when he writes: “Every day I look at the R5.40 he left next to the suicide note. Four one rand, two 50 cent and two 20 cent coins.”

An internet cafe on the Garden Route was secretly operating as an online gambling den, the Cape Town high court has been told.
News
9 months ago

The nature of any addiction is such that it rarely ever solely affects the addict. Loved ones, friends and family are affected as well — because we live in community with one another. Because of addiction, there are many stories of pain, loss, regret and shame. There are stories about the world of gambling too and, though rarely, about people overcoming it all and what it takes.

Melissa Morris is a 27-year-old woman based in Cape Town. She began gambling online in 2015 when KFM, a radio station, was promoting Lottostar.

“What bothered me the most was that I had fallen into this trap before I was even 18,” Morris begins. “I’ve had an ugly taste in my mouth about KFM for the last six years. I think they got into a partnership and it just felt like it was predatory. You can’t swear on the radio but you can advertise gambling?”

Morris says it was easy for her to use Lottostar because the process of depositing money into the platform was relatively simple. This is often the case for a number of these online platforms. Growing up, Morris was exposed to slot machines in pubs that her father frequented.

While other children may have snuck into these pubs to score a drink or two, Morris, on the other hand, saw it as a means of potentially making some money. Hence, what may have seemed to be a harmless enough advertisement about Lottostar on KFM, landed quite differently for someone who had already been primed to be vulnerable to the vices of gambling.

There’s nothing being done to protect vulnerable people. It shouldn’t be advertised on a daytime radio station.

“Initially, I would say, ‘What’s R100?’ and eventually began putting in between R500 to R1,000,” she says. “You could do it on the phone and it mimicked the slots I was already used to. I kept putting my money in a black hole and eventually didn’t even have money for food. I would get some money back but use that as credit to earn more money in an endless cycle.”

Addiction thrives in secrecy. Morris hid her struggles with Lottostar from her family and friends because she was embarrassed. Not even the lack of food was enough for her to reveal to them her reality at the time.

“To be honest, there were times I just didn’t eat anyway because of my previous eating disorders.”

While Morris acknowledges that no-one forced her to make the decisions she made, she does feel that more can and should be done to protect individuals who are vulnerable.

“Not enough is being done to blatantly show that this is a trap. There’s nothing being done to protect vulnerable people. It shouldn’t be advertised on a daytime radio station. If I had had a bank card, I could have linked it to this platform in the hopes of winning this elusive jackpot.”

Kamogelo Motsiane is a 25-year-old woman based in Johannesburg. She shares the experience of her close friend, 30-year-old *Linda Myeni, who, for several years, has been addicted to online gambling on Hollywoodbets.

“Her obsession with gambling came from wanting to make a quick buck so she can maintain her drug habit. She’s been on CAT on and off,” Motsiane begins. “She can bet as little as 10c so she can win enough for her to believe that she can then up the stakes.”

Myeni initially kept her gambling addiction a secret, Motsiane says. However, once it was out in the open, she became a lot more comfortable in showing her friend the reality of her addiction. “She was now comfortable with asking me to buy her a voucher or airtime. Now we’re at a point where when we spend time together, she spends the whole day on her phone gambling.”

The National Gambling Board has issued a warning to South Africans participating in online interactive gambling as this remains prohibited.
News
1 year ago

Myeni, who has a diploma in information technology, struggles to hold down a job. “She doesn’t have a hard time getting a job but she doesn’t keep it for very long. It’s hard to maintain a job when you’re devoting all your time and money towards gambling,” says Motsiane. “She has been unemployed for a year and is living with her mom now. She’ll constantly try to hassle her mom or me for airtime or a voucher to use to gamble.”

Motsiane also shares how her friend’s mother also has a history of gambling. She has not, however, actively gambled in the last two years. As in Morris’ case, it is apparent that Myeni was exposed to gambling when she was a child. She saw her mother consumed by it.

Addiction is still a phenomenon that one can argue suffers a sort of biased perception, depending on the addiction. People tend to be a lot more accepting of substance or alcohol addictions, but not those to do with food or sex. Those are taboo. While gambling addictions are now being recognised for what they legitimately are — addictions — it can still be difficult for people to accept that an individual would spend most, if not all, of their income on something that is purely dependent on chance.

Keitumetse Disemelo, a clinical psychologist based in Pretoria, describes addiction as a condition with many moving parts to it. “It impacts one’s daily functioning, and there is a lack of control in staying away from the specific behaviour,” she says.

“Individuals become dependent on this behaviour and make spontaneous decisions despite negative consequences that they themselves are aware of. Denialism is also key to addiction.”

She goes on to break down several factors that she feels appear to be fuelling the growing tendency among young people to turn to online gambling.

“It’s not just about the accessibility of these platforms. The current state of SA’s economy with the pandemic and the pressures that the youth are facing are key. There are high levels of poverty and unemployment and daily trauma that exacerbates them seeking out these platforms.”

Addiction thrives in secrecy. If we’re to effectively sensitise our society to the growing stranglehold of online gambling on SA youth, we need to let the secret out.

Put simply, it’s about an escape from an already bleak reality for many.

“The commonality of any addiction is the compulsion,” says Disemelo. “First, the addict must want the help. Second, it’s important that the family is aware of it as a psychological disorder and understands that it can occur with other conditions such as severe depression or anxiety.

“The family being supportive is important as well as the understanding that the addiction cannot be overcome overnight. Also trying to remove the things that cause the behaviour is possible. For example, removing the internet with regards to online gambling.”

A documentary by BBC Africa Eye explored the effects of sport betting in Uganda. Hosted by 25-year-old Collins Muhinda, an unemployed graduate, the documentary highlights how these large betting enterprises target vulnerable communities — places where unemployment is rampant and young people are desperate to have access to some form of income. Having succeeded in terms of market share in countries abroad, Africa is now the last emerging market for these large corporations and profit is naturally the bottom line.

The opening of casinos could see cash-strapped people turning to gambling for a quick fix to their money woes, warns clinical psychologist ...
News
2 years ago

While there are standard regulations with regards to online gambling, some of these can be easily circumvented. Unlike physical casinos that can request identification to ensure that gamblers are at least 18, simply checking a box is all that is required when creating a profile on many betting platforms — there is no way of ensuring that the user is not a minor. Additionally, “free credit” upon signing up and the deliberate zero rating of these gambling sites in terms of data usage, are tools to further lure young people into these platforms.

Requests for information, to both Betway and World Sports Betting, regarding active SA users on each platform and what their corporate social responsibility mandates are, went unanswered. However, a preliminary evaluation of SA traffic to Betway and Hollywoodbets, between September and November 2021, reveals that the sites are ranked 16th and sixth respectively in the country across mobile and desktop users. World Sports Betting, on the other hand, is ranked at position 292.

Issues such as these, especially ones with clear socioeconomic ramifications, must always begin with a conversation that centres on the human beings who are most affected. Issues of industry regulation and the government’s role in protecting its citizens are necessary. Also, addiction thrives in secrecy. If we’re to effectively sensitise our society to the growing stranglehold of online gambling on SA youth, we need to let the secret out.

This article was first published on New Frame.