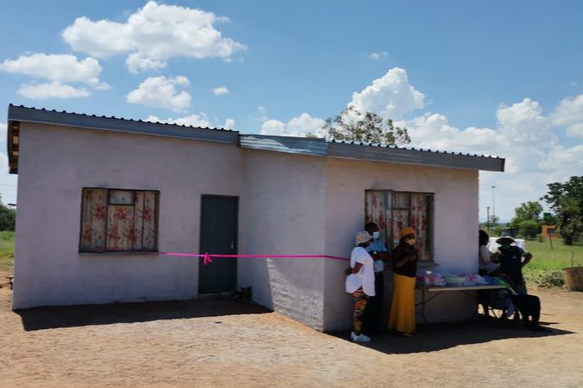 North West province will ask the national government for R30m to rebuild or repair houses damaged or destroyed in flooding during heavy rain in December.

Co-operative governance, human settlements and traditional affairs MEC Lena Miga visited the Pheding section of Lebotlwane village in the Moretele local municipality on Wednesday for the handover of a newly-built house to a family that fell victim to the heavy downpours.

About 6,500 homes were reportedly affected by flood damage in the province, according to previous reports.

Miga said the department has completed its assessment and is applying to the human settlements disaster fund.

“We have made sure that we take stock of requirements to restore the dignity of our people and are making sure that officials are hard at work assisting the affected families.”

Miga attended the handover of keys for a newly-built home to the Kgwadi family, paid for by businessman George Gabuza as part of his company’s corporate social investment programme.

Pensioner Hans Kgwadi, 63, lost most of his belongings when his home was damaged by the heavy rain, the MEC said. He lives with his son, daughter-in-law and two grandchildren.

“I’m happy that I will be moving into a new furnished house. I want to thank all those who made this possible,” Kgwadi said.

Miga called on other developers and businesspeople to help the needy in the areas they work in.