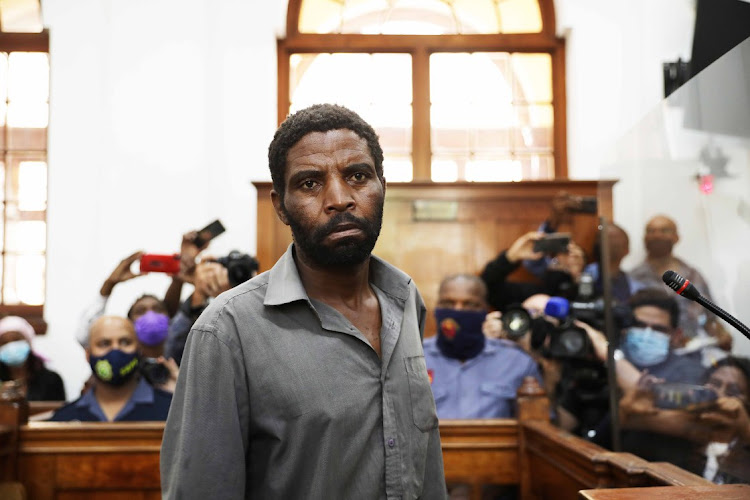 The man accused of starting the fire that destroyed parliament is not homeless and is of sound mind.

This is how Zandile Mafe’s lawyer Luvuyo Godla described him shortly after he appeared in the Cape Town magistrate’s court on Tuesday.

Mafe, 49, is facing charges of housebreaking with the intent to steal, two counts of arson, possession of an explosive device and destruction of essential infrastructure.

Mafe was arrested on Sunday as the National Assembly went up in smoke.

Godla told journalists outside the court that Mafe was being used as a scapegoat “for the failures of the executive and legislature”.

He said Mafe had a family.

Godla declined to answer questions as to exactly where his client was found during his arrest, saying that this would be part of the merits of the case.

However, Godla said that he had known Mafe before meeting him on Tuesday as he was also from Khayelitsha. He is representing Mafe pro bono.

Zandile Christmas Mafe was arrested on Sunday and was immediately linked to the arson.
News
5 months ago

“For now I don’t have even a cent [from him]. What compels me to represent this man is that he raised his hand... Surely we are coming from the same background. We are all poor. He does not have assets but that does not make him a flight risk. The proper consideration is whether the person will come and appear in court, whether they have previous convictions, any warrants issued against them,” Godla said, repeating the argument he made in court.

Godla said Mafe was of a sound mine and his client had denied all the charges laid against him.

“He is not homeless. There is a mistake that is being made by the state; when one is residing in an informal settlement or renting there, it is assumed that particular person does not have a fixed address but he does.

“He has a fixed address and he has been staying there. He stayed in Langa for a period of four years, renting at number 11 Washington Street. He is renting where he is now in Khayelitsha. He has got a family. He has got a mother as a surviving parent and he has got siblings. As most of us, he is not from Western Cape, he is originally from Mahikeng [the North West capital]. He is in Western Cape looking for greener pastures. He is unemployed. He has been in the Western Cape for more than six years,” Godla said.

Over the past three days, parliament officials and ministers have been questioned extensively as to how the fire started in the legislature without anyone or technology picking it up. There were questions as to how anyone could have gained access to a national key point and started a fire without security being aware.

Police are investigating the fire but have not been able to access the scene as it is yet to be declared safe.

Mafe’s case was postponed to January 11 to allow the state to verify information for the bail application.

The man charged with setting fire to parliament buildings cut a dishevelled figure in the dock at the Cape Town magistrate's courts on Tuesday.
News
5 months ago

The face of the 49-year-old Khayelitsha, Cape Town, man arrested in connection with the fire that gutted the new National Assembly building in the ...
News
5 months ago
Next Article