Metrorail trains reach Simon’s Town a month ahead of schedule 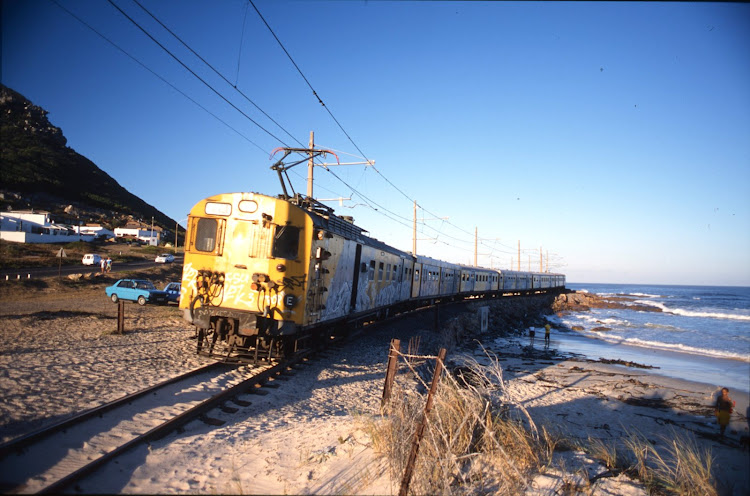 A file photo shows a Simon's Town-bound commuter train on the single-track section of the line at Clovelly. Trains between Fish Hoek and Simon's Town were suspended for months while repairs were carried out on overhead power masts and station platforms.
Image: PAUL ASH

In what may be a first for railway timetabling, Metrorail commuter trains on Cape Town’s southern line will begin running to Simon’s Town a month ahead of schedule.

“Metrorail Western Cape is pleased to announce the resumption of services between Fish Hoek and Simon’s Town station on January 5,” the commuter train operator said on Tuesday.

Trains were only expected to begin running to full length of the line from Cape Town to the Simon’s Town terminus in February due to ongoing repairs to storm-damaged catenary masts. The catenary poles are used to support the 3kV overhead cables from which electric trains draw their power.

“Metrorail had undertaken a series of repair works which include fallen mast poles at Glencairn as a result of weather and natural corrosion, and not vandalism,” the train operator said.

This means all 29 stations between Cape Town and Simon’s Town are served by rail.

Trains will travel at a reduced speed, however, as certain repairs are being completed.

Metrorail said it was the victim of “economic sabotage” on Tuesday after fibreoptic communications lines in Cape Town were cut overnight.
News
5 months ago

Metrorail is also carrying out remedial works to deal with “sand issues which are endemic to the area”. Sand blowing over the track has long been a problem at the Simon’s Town end of the line.

Metrorail had operated test trains on the route in the last week of December. Not everything had run as smoothly as hoped, however, according to local resident and rail enthusiast Mark Robinson, who had been keeping tabs on the situation.

“The first of these runs caused a certain amount of chaos for road traffic as the Fish Hoek beach level crossing booms came down as they should but failed to raise again after the train had passed,” Robinson wrote in the Cape Railway Enthusiasts Association January newsletter.

“This on a very busy summer morning with lots of beachgoers in their cars trying to access the beach area. Eventually some large guy forced the booms up and what had become quite a large traffic jam was eased. However, the booms failed to operate when the train returned.”

Trains from Retreat to Fish Hoek restarted on December 21 after a nearly two-month stoppage caused by cable theft in October.

The resumption of services marks the culmination of weeks of repairs carried out on the line since cable theft caused a nearly two-month stoppage on the Retreat-Fish Hoek section in October.

Trains from Retreat to Fish Hoek restarted on December 21 after a nearly two-month stoppage caused by cable theft in October.

“All this work took place before the electric lines could be strung up and switched on to allow for operations,” she said.