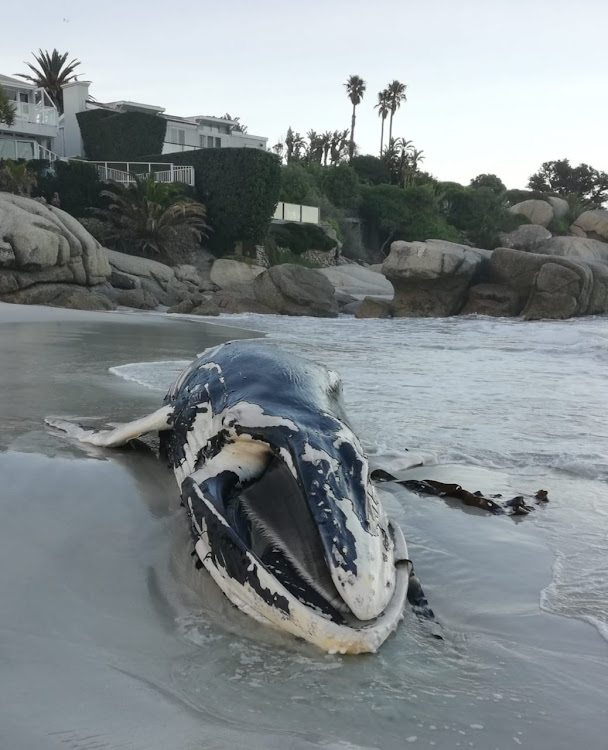 The whale carcass will be removed from the beach on Tuesday.
Image: Supplied

A 9m whale carcass washed up on one of Cape Town’s top tourist beaches on Tuesday.

It is the second humpback carcass to wash up in Cape Town within a month after a similar incident in Sea Point late last year involving a smaller whale.

City of Cape Town marine manager Gregg Oelofse said the carcass on Clifton 4th Beach had been cordoned off and would be disposed of later in the day. 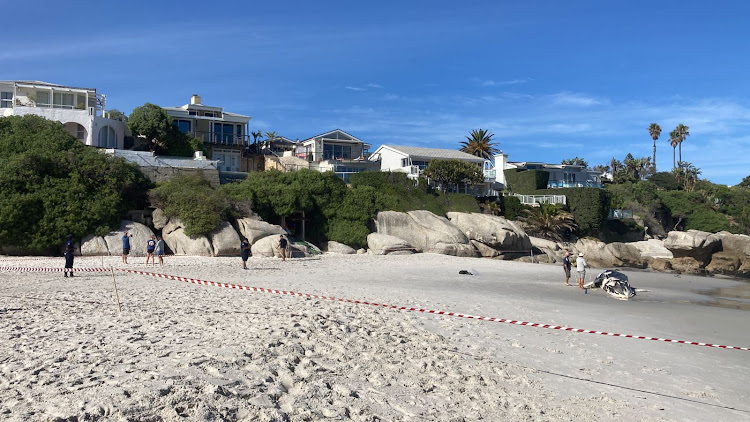 Officials cordoned off a section of Clifton 4th Beach around a whale carcass on January 4 2021.
Image: Supplied

He said carcasses washing up was linked to the high number of humpbacks off the Atlantic seaboard.

“We were aware of it floating last night,” Oelofse told TimesLIVE.

“Our focus today is to get it off the beach as soon as we can, probably closer to high tide.

“The area around the whale is cordoned off from the public. We advise people not to swim in the sea when there is a whale stranding.”

The whale that washed ashore at Sea Point in December was dragged off the rocks and disposed of at a landfill site.