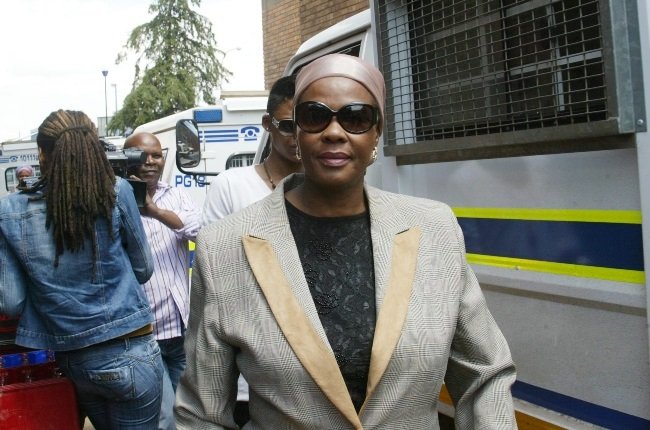 The high court in Johannesburg has dismissed an urgent application by Jacqueline "Mama Jackie" Mpambani demanding that rape claims against her son be removed from social media.

In dismissing the application, judge Shanaaz Mia said granting it would be tantamount to a gagging order.

Mpambani had approached the high court on an urgent basis to have actress Amanda Du-Pont and arts and culture spokesperson Masechaba Khumalo remove social media posts in which they claim they were raped by her son, Molemo "Jub Jub" Maarohanye.

Du-Pont had also alleged that Mama Jackie used muti, and she had witnessed this.

As part of her application, Mpambani wanted a retraction and public apology from the pair. But Mia said she was not satisfied that Mama Jackie made out a case for urgency. Mia also slapped her with a costs order.

This year, with its many incidents of all forms of violence against women, taught me that we are our own liberators.
Opinion
6 months ago

In an interview last month, Maarohanye claimed to have “smashed” Du-Pont — a reference to having sex with somebody. Du-Pont is known for her role as Lelo in Skeem Saam.

Maarohanye boasted to Podcast and Chill host MacG (MacGyver Mukwevho) that he later cheated on Du-Pont with singer Kelly Khumalo after the singer used “muti” to seduce him.

Du-Pont reacted with an emotional 17-minute video posted on Instagram, accusing Maarohanye of repeatedly raping and abusing her for two years. She also made several allegations against Mpambani.

In her arguments read by her counsel, advocate Vicky Olivier, Mpambani alleged her life had been under threat since the publishing of those statements on social media, saying people saw her as a witch.

According to Olivier, Mpambani was almost attacked by a mob at Southgate Mall. She also claimed that she had strangers walking past her house hurling insults, with some going as far as pointing fingers at her.

"The applicant is not seeking for respondents to be silenced, but what she is doing here is an attempt to preserve her dignity and good name," Olivier told the court, saying Mpambani had "paid a huge price" for previously not responding to such allegations.

Mia, however, said the alleged insults could not be directly linked to what was posted by Du-Pont and Khumalo as there had already been some negative publicity about Mpambani before the publishing of statements made by the duo.

With regards to the rape allegations Amanda has levelled against him, Jub Jub said he would allow the law to take its course.
News
6 months ago

In response, counsel for Du-Pont and Khumalo, advocate Tembeka Ngcukaitobi, told the court that what Mama Jackie was asking for was to silence rape victims.

"What she asked for is a gagging order and it should not be granted because it is direct infringement. What makes it more inappropriate is that it is suppressing the ability of rape victims to speak their truth. It’s saying to them, 'Never repeat the fact that you were raped,'" Ngcukaitobi said.

There also needed to be a distinction in terms of what Du-Pont is accused of saying, he told the court.

"The entire basis for urgency is that she has been called a witch. It is Ms Mpambani who calls herself a witch. She [Du-Pont] said she uses muti. There is no link between muti and witchcraft. Muti is medicine, it’s just like Panado."

Earlier, Olivier told the court that Maarohanye was not party to the matter and should be kept out of the proceedings.

Ngcukaitobi, however, said Maarohanye was the beneficiary of the application.

"The videos and posts were about being raped by the son of the applicant. The mother of the accused is a peripheral player. This application is crafted in a way that misleads. This is suppression of the truth about sexual predation of the applicant’s son."

Doubters score own goals against GBV

Society’s response to allegations of rape is problematic and derails the fight against the scourge of gender-based violence.
Opinion
6 months ago

Jub Jub must stay in his lane

I think Jub Jub's recent fame for invading people's privacy is making him think that he understands the politics of this country.
Opinion
11 months ago
Next Article