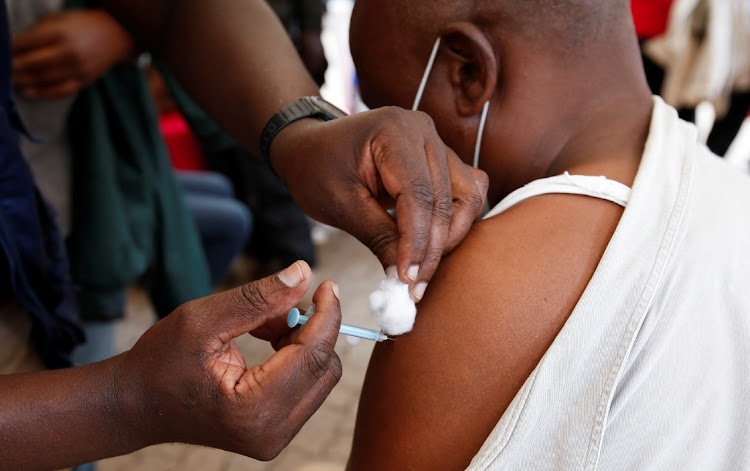 The health department is from Friday administering booster doses of Covid-19 vaccines.

This after the SA Health Products Regulatory Authority (Sahpra) recently approved the use of the Pfizer vaccine as a booster for the primary Pfizer two-dose series. The approval is for vaccination of people six months after the administration of the second dose (or in the case of immunocompromised people who receive an additional primary dose, after their third dose).

Sahpra has also approved the use of the Johnson and Johnson (J&J) vaccine for boosters of the single dose primary J&J schedule at least two months after primary vaccination.

The recommended interval is after two months but preferably before six months from the primary dose, said the department.

From December 28, Pfizer booster vaccinations will be provided to anyone who received their second dose at least six months earlier.

The SA Health Products Regulatory Authority has approved the use of Johnson & Johnson's vaccine for a second dose or booster.
News
3 weeks ago

The SA Medical Research Council’s wastewater surveillance team has seen a decline in concentrations of SARS-CoV-2 RNA fragments in the majority of ...
News
3 weeks ago

A small study of sevenCovid-19 cases in SA shows the Omicron variant can break through booster vaccine shots, one of the scientists involved said.
News
1 month ago

French biotech firm Valneva said on Thursday its Covid-19 vaccine candidate was efficient as a booster for people who had received the same shot as ...
News
1 month ago
Next Article