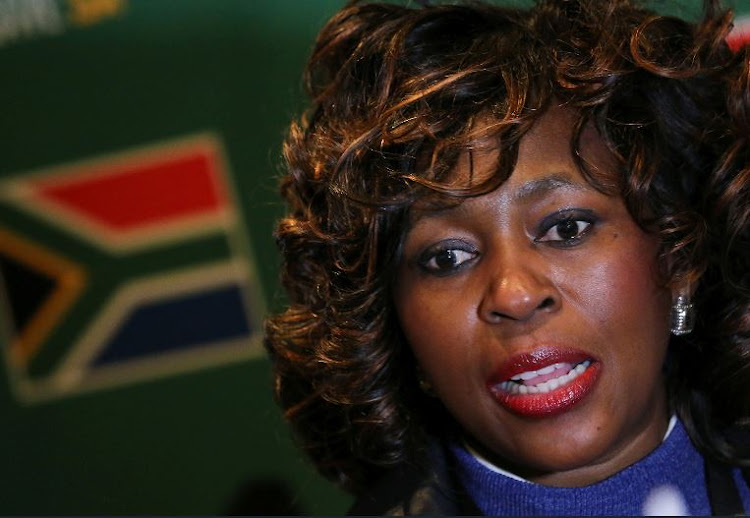 Herman Mashaba’s ActionSA has announced that its KwaZulu-Natal leader Makhosi Khoza will be “taking a step back”.

The development was announced by Mashaba in a statement on Thursday.

“Over the past few days, engagements have resulted in an outcome in which Dr Makhosi Khoza will be stepping back as the provincial chairperson of KwaZulu-Natal.

“This outcome arises from Dr Khoza’s election to the position of the chairperson of the municipal public accounts committee [in eThekwini], a critical role in the fight against corruption and malfeasance which has been prolific in this municipality,” said Mashaba.

He said the MPAC position was not anticipated or planned for, but is an extremely important role both for the residents of eThekwini and ActionSA.

“It represents the opportunity see the first real fight against wrongdoing in eThekwini.

“It was the mutual concern of myself and Dr Khoza this responsibility is not something that can be reasonably provided by a provincial chairperson with the duties of establishing structures throughout a province like KwaZulu-Natal ahead of the 2024 national and provincial elections,” he said.

He said Khoza was a leader he respected for her considerable contributions to SA both before and after she joined ActionSA.

“We are deeply grateful for her continued commitment to ActionSA’s work in establishing a real alternative to the ANC for the SA people.

“We wish Dr Khoza nothing but the best in her work in eThekwini, but are comforted by the notion that she remains an active and loyal leader within our ranks,” said Mashaba.

He said an announcement will be made in due course about the appointment of a provincial chairperson in KwaZulu-Natal.

The announcement that Khoza is stepping back comes after EFF leader Julius Malema accused Khoza of defying her party by not voting for a DA mayoral candidate in eThekwini last month.

ActionSA leader Herman Mashaba says his party will conduct a two-day poll among its voters to advise it on whether to join the DA in Johannesburg ...
News
9 months ago

ActionSA has announced former ANC MP Makhosi Khoza as its mayoral candidate in eThekwini, where it is contesting for power in more than 100 wards in ...
News
11 months ago

The former ANC MP placed the entire party at the crime scene of the state capture and corruption that beset the government.
News
1 year ago
Next Article