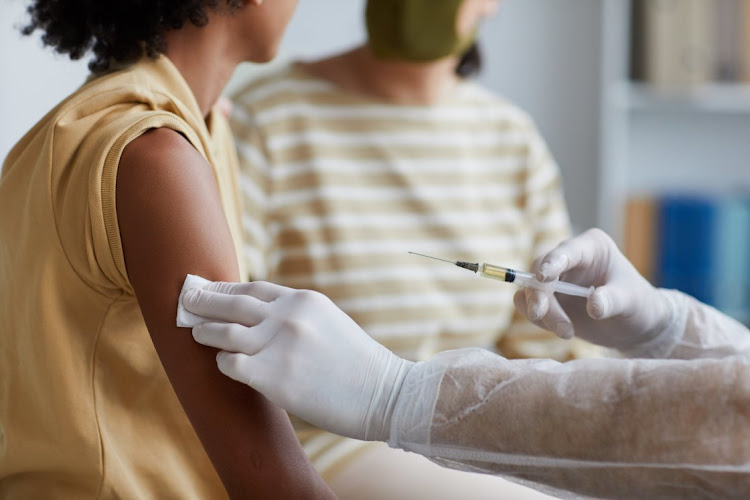 A new study by Sefako Makgatho Health Sciences University has found that while the majority of infants under the age of one in Tshwane are mostly up to date with their inoculation schedule, older children are more likely to miss these life-saving shots. Stock photo.
Image: 123RF/ seventyfour74

The older the country’s children get, the greater their risk of contracting preventable childhood diseases, a local study suggests.

According to research by Sefako Makgatho Health Sciences University in Pretoria, while the majority of infants under the age of one in Tshwane were mostly up to date with their inoculations, older children were more likely to miss these life-saving shots.

While the vaccination coverage ranged from 99.6% for the oral polio vaccine at birth, by the time they got their third shot of pneumococcal conjugate vaccine (PCV3) at nine months, this percentage had waned to 87.3%.

The reasons for not vaccinating were mostly due to barriers at clinic level, such as poor communication from staff and lack of information. Overall, researchers found there was a vaccination rate of 78.6% among children aged 12 to 23 months who had clinic cards, otherwise known as “road to health” cards.

More than half of missed vaccinations were caused by health facility obstacles, including stockouts of vaccines, clinics not being open at weekends when parents are at home with their children, or caregivers not having enough information about when to vaccinate children.

No side effects yet as kids get their jabs

Dozens of parents across the country took their children to vaccination sites to get the Covid-19 jab yesterday.
News
6 months ago

Vaccination dropout rates increased with age, with 76.4% of missed vaccinations being those scheduled for between 14 weeks and nine months.

While some caregivers might perceive taking healthy older children to the clinic as unnecessary, caregivers of partially vaccinated children that were interviewed said they were too busy (21.2%), while almost 17% said they were unaware of PCV3 being needed at nine months. About 12% of caregivers found clinic hours inconvenient as they mostly clashed with working hours.

Writing in the South African Journal of Child Health, lead researcher Diedericks Montwedi and colleagues from the university's division of public health pharmacy and management, said mothers who take only a few weeks' maternity leave “may have difficulty taking leave during working hours, the only time that SA public sector clinics are open”.

She said judging by the huge turnout of children at catch-up campaigns in the past, many more caregivers would have their children vaccinated if clinics opened at weekends.

Vaccination stockouts that had resulted in many caregivers visiting clinics multiple times was another issue that discouraged many. In the study, stockouts of the BCG, HepB and PCV vaccines affected about 16.7% of partially vaccinated children.

Researchers said the 78.6% vaccination in this study, which is slightly below the World Health Organisation (WHO) district target of 80%, “can be improved by addressing reasons for missed vaccinations, mostly related to modifiable healthcare facility obstacles”.

I am vaccinated against Covid-19, how likely am I to recover if I'm infected?

People who are vaccinated against Covid-19 have a greater chance of recovering should they contract the coronavirus, says the health department.
News
4 months ago

More than 4,000 people, including the homeless, those who have lost their IDs and informal settlement dwellers, have received their Covid-19 ...
News
4 months ago

However, those who are admitted have no significantly lower chance of experiencing severe disease, they say.
News
4 months ago

Pointless Covid-19 testing has become a public health threat as the Omicron variant continues to deliver a wave of mild cases, a group of Western ...
News
4 months ago
Next Article