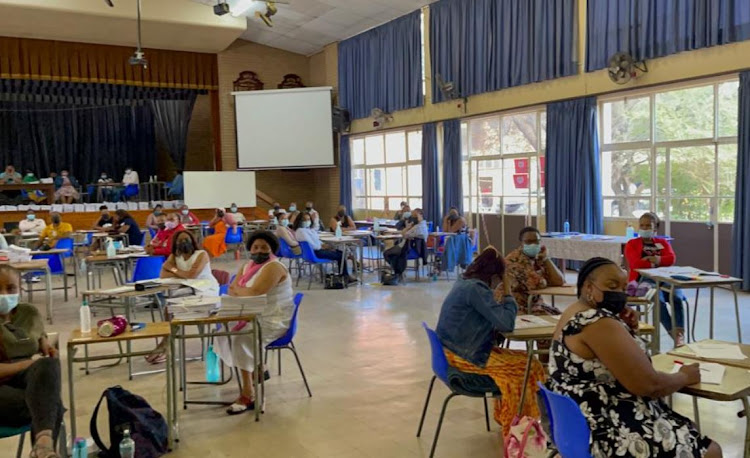 Only one out of 24,519 matric exam scripts is missing after a storm ripped the roof off a Free State high school being used as a marking centre.

Mafu Rakometsi, CEO of Umalusi, said on Saturday that “markers literally put their lives on the line to salvage the learners’ scripts” when Wednesday's storm hit Albert Moroka High School in Thaba Nchu.

Rufus Poliah, chief director for examinations in the basic education department, applauded the bravery of markers and managers who prioritised saving the scripts.

“What is even more commendable is the quick response taken by the provincial education department to relocate the marking centre to another venue in less than 24 hours and have marking continuing as though there was no crisis,” he said after visiting the damaged school on Friday.

Markers at the centre were working their way through 24,519 Accounting paper 2 and Business Studies paper 2 scripts when the hail storm erupted.

None of the accounting scripts is severely damaged or missing, the basic education department said in a statement on Saturday, while two business studies scripts are damaged and one is missing.

“Marking has resumed this morning at the new location in the HTS Louis Botha High School, Bloemfontein,” said the statement.

Poliah added: “Over 5,000 of the Accounting scripts have already been marked and sent for capturing, which is progressing very well. In light of the work done thus far, the damage to learner scripts appears minimal.”

Counselling has been provided for personnel on site and support is being provided to markers whose vehicles were damaged by hail.

Matric marking countrywide is on schedule to be completed by December 22. Results are expected to be released on Thursday January 20.

Some matric examination scripts were damaged and a marker was slightly injured during a hail storm that battered Thaba Nchu in the Free State.
News
5 months ago

The director-general of the department of basic education, Mathanzima Mweli, thanked matric markers profusely on Saturday for their “amazing act of ...
News
5 months ago

A total of 23 matric markers in Limpopo, including 13 who were based at the Northern Academy Secondary School in Polokwane, have been sent home after ...
News
4 months ago
Next Article