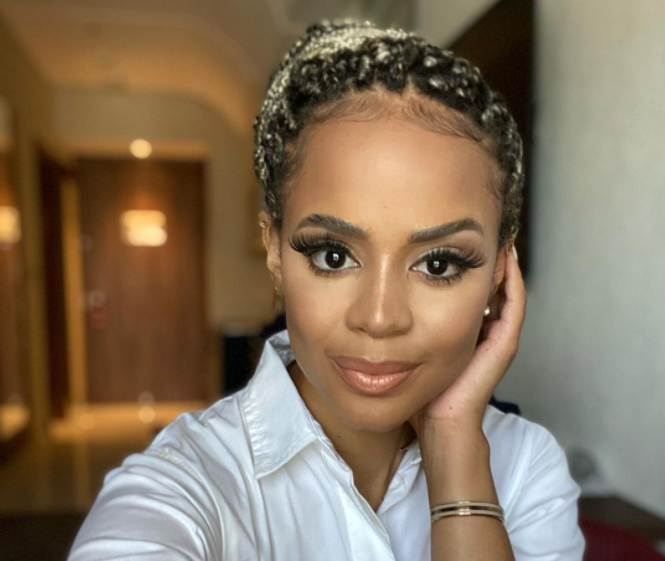 Celebrity friends and co-stars of Naledi Willers are mourning her death and have taken to social media to express their grief, and share tributes to the season 1 Real Housewives of Johannesburg star.

Willers' family spokesperson Zibanani ‘Oneal’ Madumo confirmed to TshisaLIVE on Wednesday that Naledi died on December 7 at 9.30pm after being diagnosed with stage 4 breast cancer. The reality TV star is survived by her mother.

In a statement shared with TshisaLIVE, the Mzansi Magic team sent their condolences to the reality TV star.

“We are saddened by the news of Naledi Willers' passing. Naledi appeared in the first season of Real housewives of Johannesburg on 1Magic in 2018. We would like to send our deepest condolences to her family and friends during this difficult time,” said  Shirley Adonisi, newly appointed director of local entertainment channels at MultiChoice.

Take a look at some of the tributes below:

"“Mosadi” (that’s what we called each other) I don’t even know what to say ... we had our fair share of everything. Friendship, sisterhood, misunderstandings but above all we had love! Rest Mosadi rest.” Sonia Mbele wrote.

“Mosadi” (that’s what we called each other) I don’t even know what to say…we had our fair share of everything. Friendship, sisterhood, misunderstandings but above all we had love!!! Rest Mosadi rest 💔 pic.twitter.com/DrxY4XJ628

“Rest in eternal peace beautiful. You fought long and hard and always with a cheerful spirit ... may all of heaven dance at your sight. I'm sorry you had to go so soon.” Ayanda Thabethe wrote. 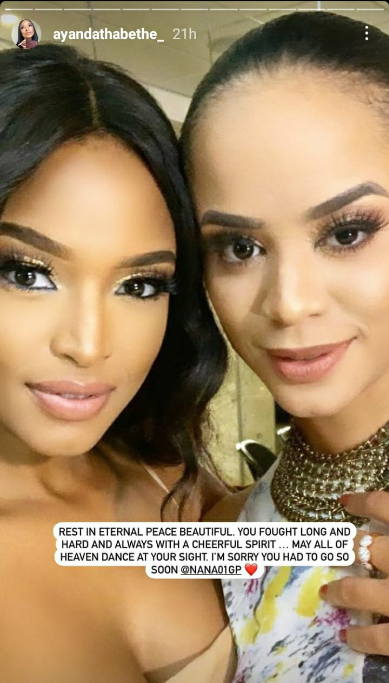 Lala ngoxolo Naledi💛
The Queen of shade🤣
You had the smartest and sharpest soft spoken tongue I’d ever come across when we were on RHOJ. It was hilarious to watch some of the things you’d say go over heads… 🤣🤭
Nxese Sisi. Condolences to your family and friends🕊💛 pic.twitter.com/fayp4VlRuN 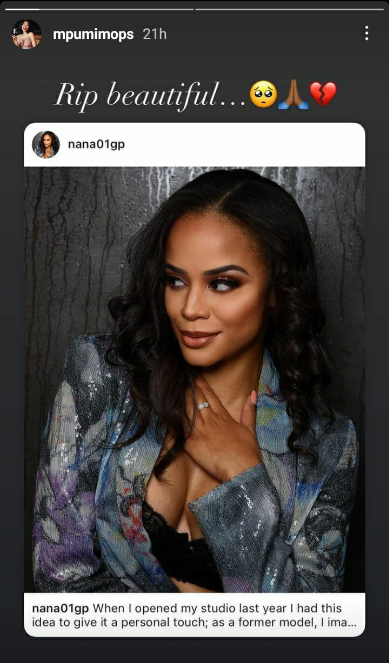 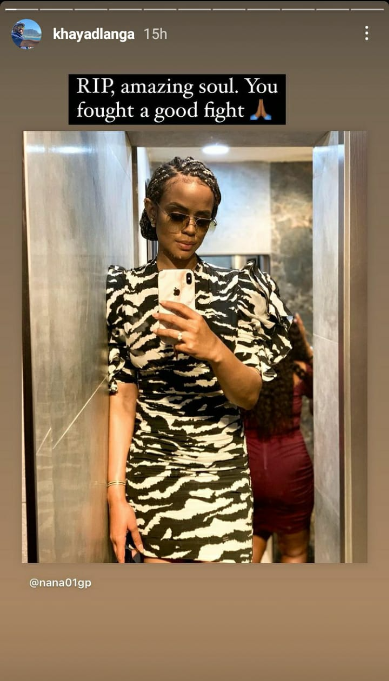 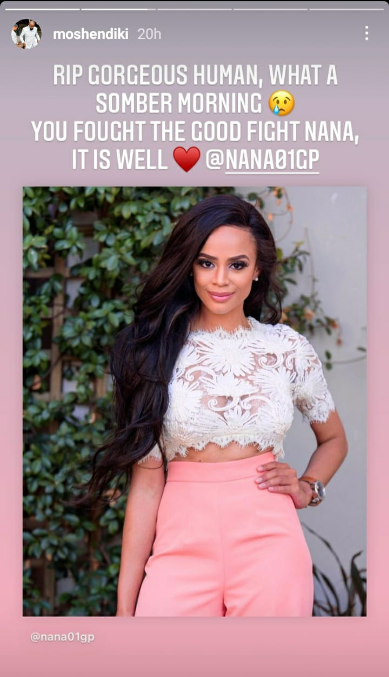