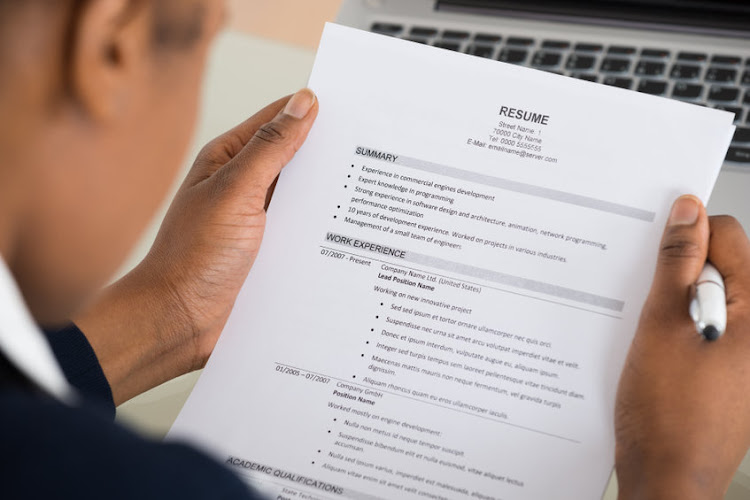 It was discovered during the shortlisting process that the qualification attached to the job application was allegedly fraudulent. Stock photo.
Image: 123RF/andreypopov

A man who applied for a job as a municipal manager in the Free State has been arrested for allegedly submitting a fake qualification to get the position.

Xolani Malindi, 34, appeared before the Reitz magistrate's court on Wednesday on a charge of fraud.

“It is alleged that in June 2020 a vacant post for municipal manager was advertised at Nketoane local municipality,” said Hawks spokesperson Capt Christopher Singo.

“Malindi submitted his application for the post. It was discovered during the shortlisting process that the qualification attached to his application was allegedly fraudulent.”

The discovery was reported to the Hawks serious corruption investigation team in Bloemfontein.

Malindi was arrested on Wednesday and appeared in court on the same day. The case was remanded to January 12 for transfer to Bethlehem Regional Court. Malindi was granted R5,000 bail.

TimesLIVE reported on Wednesday that a qualification verification process by the Zululand district municipality had revealed that five senior managers were not qualified for their jobs while two did not have any post-matric qualifications.

The Zululand district municipality’s qualification verification process has revealed five senior managers are not qualified for their jobs while two ...
News
8 months ago

The face of unemployment in SA is no longer limited to elderly men and women in overalls and aprons standing at street corners waiting for motorists ...
News
8 months ago

ANC regions opt for mayor 'with experience' over qualifications

The ANC in the Free State and Limpopo has deviated from the party's strict criteria on electing a mayor, opting to go for experience over ...
News
8 months ago
Next Article