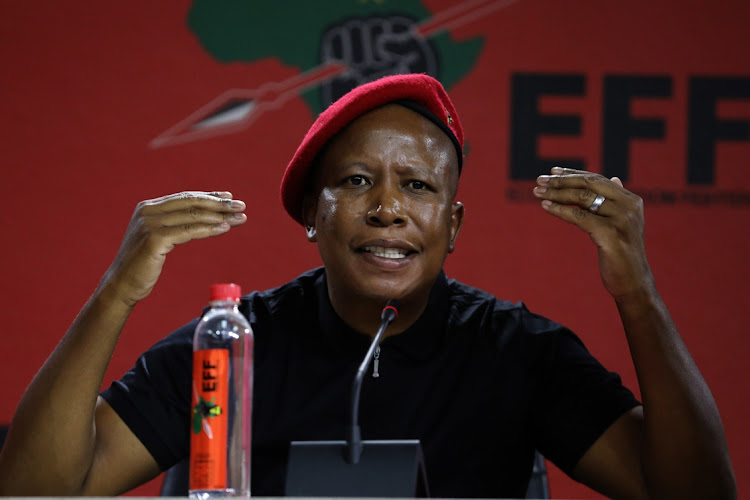 EFF leader Julius Malema says his party rejected the constitutional amendment bill to allow for land expropriation without compensation because it would set back black people’s struggle for land repossession.

On Tuesday, the ANC failed to get the bill passed into law after it was rejected by the National Assembly.

This after political parties voted against it for different reasons. The ANC needed 267 votes to pass the bill into a law, but only managed to get 204.

The bill would have resulted in the amendment of section 25 of the constitution to allow for land expropriation without compensation.

Malema, whose party initiated the bill in 2018 but voted against it, said the current version was watered down and was not about transferring land to black people.

“The bill that this house is asked to approve today will take black people’s struggle for land repossession many steps back,” said Malema.

The National Assembly has failed to pass the Constitutional Amendment Bill to allow for expropriation of land without compensation.
News
5 months ago

“According to this bill, compensation for expropriation will remain a default position, but provides for obscure circumstances in which the amount of compensation may be ‘nil’.

“The concept of ‘nil compensation’ was never there when parliament resolved to adopt the EFF motion in 2018, and when it adopted the report of the Constitutional Review Committee.”

Malema said the EFF rejects the bill because it’s a “complete departure from the radical proposal that was made”.

“The current bill makes meaningless provisions for the state to be a custodian of certain land and does not define what this certain land is.

“If this bill is allowed to pass, it would signify a sell-out position and further disenfranchisement of black people. The practical implications of this bill would be far worse than the current Property Clause of the constitution,” he said.

Malema said the EFF tried to reason with the ANC on several occasions but was met with a cold reception.

He claimed this was because the ruling party does not represent the interests of the dispossessed majority.