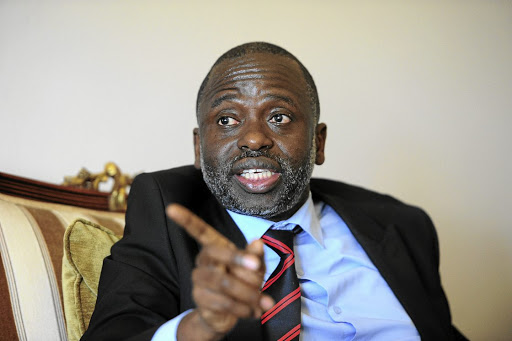 The University of Johannesburg (UJ) has recorded an improvement in the quality of teaching  that resulted in more students graduating in the prescribed time in the past five years.

This is one of the reasons  the institution's council renewed the contract of vice-chancellor Prof Tshilidzi Marwala’s contract for a further five years.

Mike Teke, chair of the UJ council said since Marwala took office  four years ago, the institution’s reputation has  improved with the university improving in all major global rankings.

Students at the University of Johannesburg (UJ) will need vaccination certificates to gain entrance into the institution from January 2022, and those ...
News
5 months ago

“This is a testament to the extent to which UJ has recorded a growth in its research output and an improvement in its academic programmes and innovation standing. The university has seen an improvement in its technological operations while ensuring financial sustainability, despite the challenges of underfunding and the devastation brought by the Covid-19 pandemic.

“UJ has also recorded an improvement in the quality of teaching and support offered to students, which resulted in more students graduating in the prescribed time,” Teke said.

He described Marwala as an astute and dynamic leader with exceptional expertise in the fourth industrial revolution (4IR) and other related fields.

“In 2018, as he was sworn in, he knew that there had been a solid foundation laid by his predecessors. Yet we were also on the cusp of a monumental change in the form of the 4IR. In anticipation of what is arguably our reality now, Marwala introduced Industry 4.0, or the 4IR, to the university as part of the  existing Global Excellence and Stature (GES) Strategy which the institution adopted in 2013.

“The goal of this was to drive the developments of the 4IR, adapt to a changing context and position the university strategically within the context of the changing social, political and economic fortunes of Africa,” Teke said.

He said he is astounded by the extent to which UJ has changed since Marwala took office.

“As countries began to adapt to the elements of the 4IR, UJ was leading and challenging conventional stereotypes. As Marwala poignantly puts it, ‘The reality is that universities have to shift their roles towards a focus on emerging requirements of business, governments, and society. The media space, the think-tanks, government, and many other players in the field have now realised that the tomorrow they may have been imagining, is already with us.’ UJ is in the thick of this,” Teke said.

He said Marwala’s call in response to the pandemic is indicative of his leadership style and his ability to adapt to a paradigm shift.

“His response to the pandemic, and indeed our shifting society, leads me to believe that his second term will take UJ to the next level,” he said.

He said  Marwala and the university leadership had worked hard to ensure that even when there are delays in receiving government financial support, the institution was still able to operate.

Marwala’s second term will commence in January 2023 and run until December 2028.