Chris Hani's killer to get another shot at freedom before ConCourt 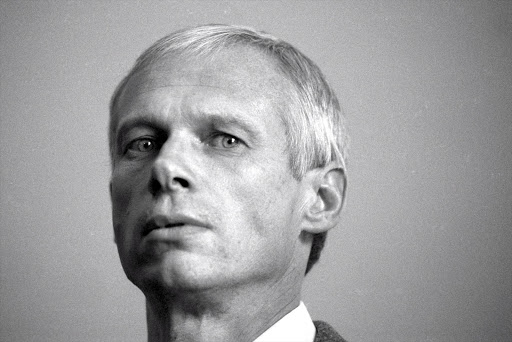 Speaking to TimesLIVE on Monday, Walus’s lawyer Julian Knight said they had filed an application, seeking to be heard by the apex court as far back as April but only last week received positive feedback from the court.

Walus’s matter will be heard by the Braamfontein-based court in February.

Knight said they were “cautiously optimistic” that these court proceedings would finally see Walus, now 68, released after almost three decades of incarceration.

Walus and right-wing politician Clive Derby-Lewis were sentenced to death for murdering  Hani, the SA Communist Party’s general secretary. He was shot dead outside his home in Boksburg on April 10 1993.

Derby-Lewis and Walus’s sentences were later commuted to life imprisonment when SA abolished the death penalty. Derby-Lewis, who had allegedly ordered the hit carried out by Walus, was granted medical parole in 2015 and died the next year of cancer.

Janusz Walus, the man who killed SA Communist Party general secretary Chris Hani, will not be considered for parole, the department of justice and ...
News
2 years ago

Parole bids by Walus have been declined over the years.

In November 2017, then justice minister Michael Masutha denied Walus parole because, among other reasons, a psychologist's report showed the killer saw nothing wrong with eliminating a communist who happened to be a father and husband.

Hani's widow and daughter have been integral in the blocking of parole. Speaking at a commemoration ceremony held in Hani's honour in 2018, his daughter Lindiwe said she could not get over apartheid because those who were behind it have never apologised for the wrong that they did.

Walus, however, had penned a letter to Hani's wife and children and apologised.

In the letter, dated October 6 2014, he wrote: “I do owe the apology to you [for a] very long time. Mrs Hani, I do know that whatever I would do will not compensate for what I have done to you. The only thing that I can do is say I am very sorry for what I have subjected you through all those years.

“If forgiveness is impossible I will fully understand and respect your decision.”

Do prisoners Oscar Pistorius and Janusz Waluś qualify for release?

Convicted murderers Oscar Pistorius and Janusz Walus will not be part of the 19,000 prisoners who will be considered for parole in the next few ...
News
2 years ago

Janusz Walus, the man who killed SA Communist Party general secretary Chris Hani, will not be considered for parole, the department of justice and ...
News
2 years ago

Janusz Walus, the murderer of SACP leader Chris Hani, will have to wait another 60 days for a decision on whether he will be granted parole
News
2 years ago

The decision taken by former justice minister Michael Masutha not to grant Chris Hani's murderer Janusz Walus parole in January this year was ...
News
2 years ago

Lawyers for Janusz Walus, the murderer of SA Communist Party leader Chris Hani, asked the high court in Pretoria on Monday to set aside then justice ...
News
2 years ago
Next Article