Body retrieved after vehicle washed off low-lying bridge in Tshwane 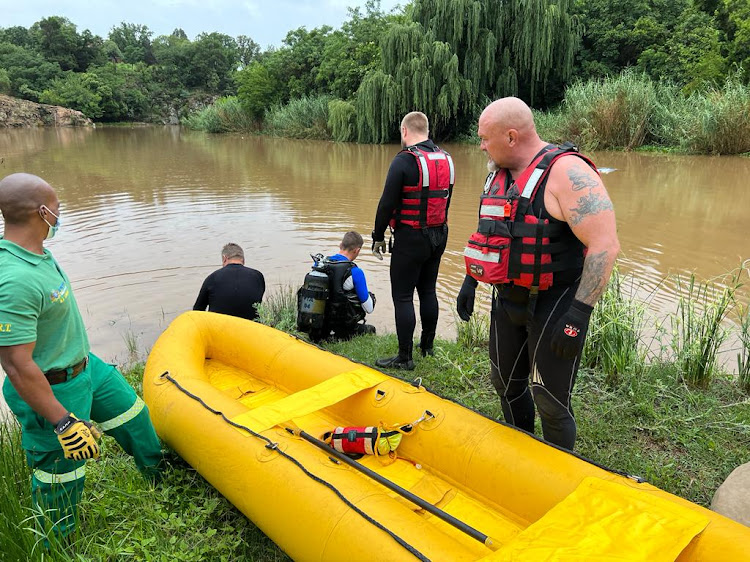 Rescue teams had to winch the submerged vehicle out of the water.
Image: Supplied

The body of a man was recovered on Sunday from a vehicle swept off a low-lying bridge in Roodeplaat, Tshwane.

A call was received before midnight on Saturday about a vehicle swept off a low-lying bridge and people possibly trapped inside.

“Emergency response teams were immediately dispatched to the area where, upon arrival ... what seemed to be a motor vehicle was noticed submerged in the water, about a kilometre away from where the vehicle was last seen.

“Emergency teams could not enter the water because of the high level and speed of the water, as well as poor visibility and the rainfall,” he said.

The search was suspended and resumed before 6am on Sunday.

“The team used winches from service 4x4 vehicles and a towing vehicle to recover the [vehicle] from the spruit.”

The city’s operations teams remain on high alert and will monitor low-lying bridges and other known flooding hotspots.