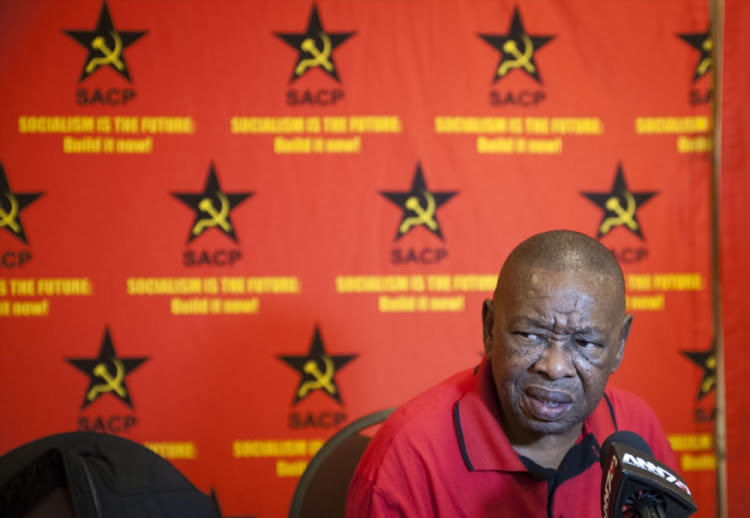 SACP general secretary Blade Nzimande has expressed concern about the low voter turnout in the recent local government elections, saying it could be a threat to democracy in future.

Nzimande was briefing media on Sunday on the SACP's first central committee plenary after the November elections.

“While the effect of the Covid-19 pandemic would have been a factor, we should not fool ourselves,” said Nzimande.

“Amid crisis levels of unemployment and poverty, municipal dysfunctionality, with communities living without clean water or reliable electricity for months and sometimes years, a long litany of corruption cases involving politicians, large numbers of South Africans have simply lost faith in the democratic electoral processes.

“With youth unemployment at more than 70%, it should not be surprising that youth voter registration, let alone active voting, was especially dismal.

“These developments are of grave concern for the future of our democracy.

“While the ANC is still electorally by far the largest party, it nevertheless suffered major losses. However, notably, the majority of the ANC’s lost vote did not go anywhere else. It stayed at home.

“This was a powerful message by the growing registered ANC non-voter population, which the ANC, and also the entire alliance, must take to heart. The DA also lost votes, and the IFP, which made gains in northern KZN, remains a regional and ethnic party.”

Students need a 75% pass of their modules in order to continue receiving funding from the National Student Financial Aid Scheme (NSFAS).
News
8 months ago

In a media briefing after the conclusion of municipal council sittings, Mbalula admitted the ANC failed to convince voters to cast their ballots.

“If the ANC does not implement its renewal programme, the people will never be on our side.

Mbalula accused the SABC of turning voters against the ANC with its TV programme Service Delivery Gauge. He said the programme exposed the party’s weaknesses.

The SABC has denied this, saying the public broadcaster covered the elections fairly.